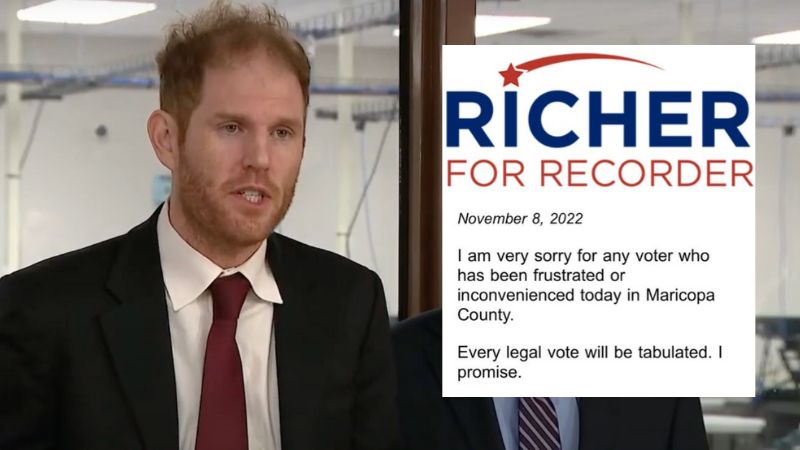 Arizona Maricopa County Recorder Stephen Richer apologized for the voter tabulation problems in his county. Since the early morning hours of Election Day, voters have experienced issues with Maricopa County's tabulator machines, with one polling worker revealing that around 25 percent of ballots were being rejected.

"The Board of Supervisors has now identified the problem and has begun fixing affected voting locations," Richer added.

Richer then advised voters do two things: go to a different voting location or "place the ballot in 'door 3'"

"This secure ballot box is retrieved by bipartisan workers at the end of the day," Richer said, adding that it is tabulated using the same "methodology" of early voting.

Charlie Kirk, in a conversation with Jack Posobiec on Monday, advised voters in Arizona not to use "box 3."

"Do not trust them with that," Kirk said.

"If you go in and you check in and your ballot isn’t scanning you need to ask them for another print," Bowyer explained. "I just experienced it myself. I personally just went and requested a ballot."

Bowyer explained that his ballot had been misprinted, and that "it was so blotchy from the printer that the scanner could not read it."