"Our protocol is different from Twitter's," Zuckerberg continued. "What Twitter did is they said 'You can't share this at all.' We didn't do that." 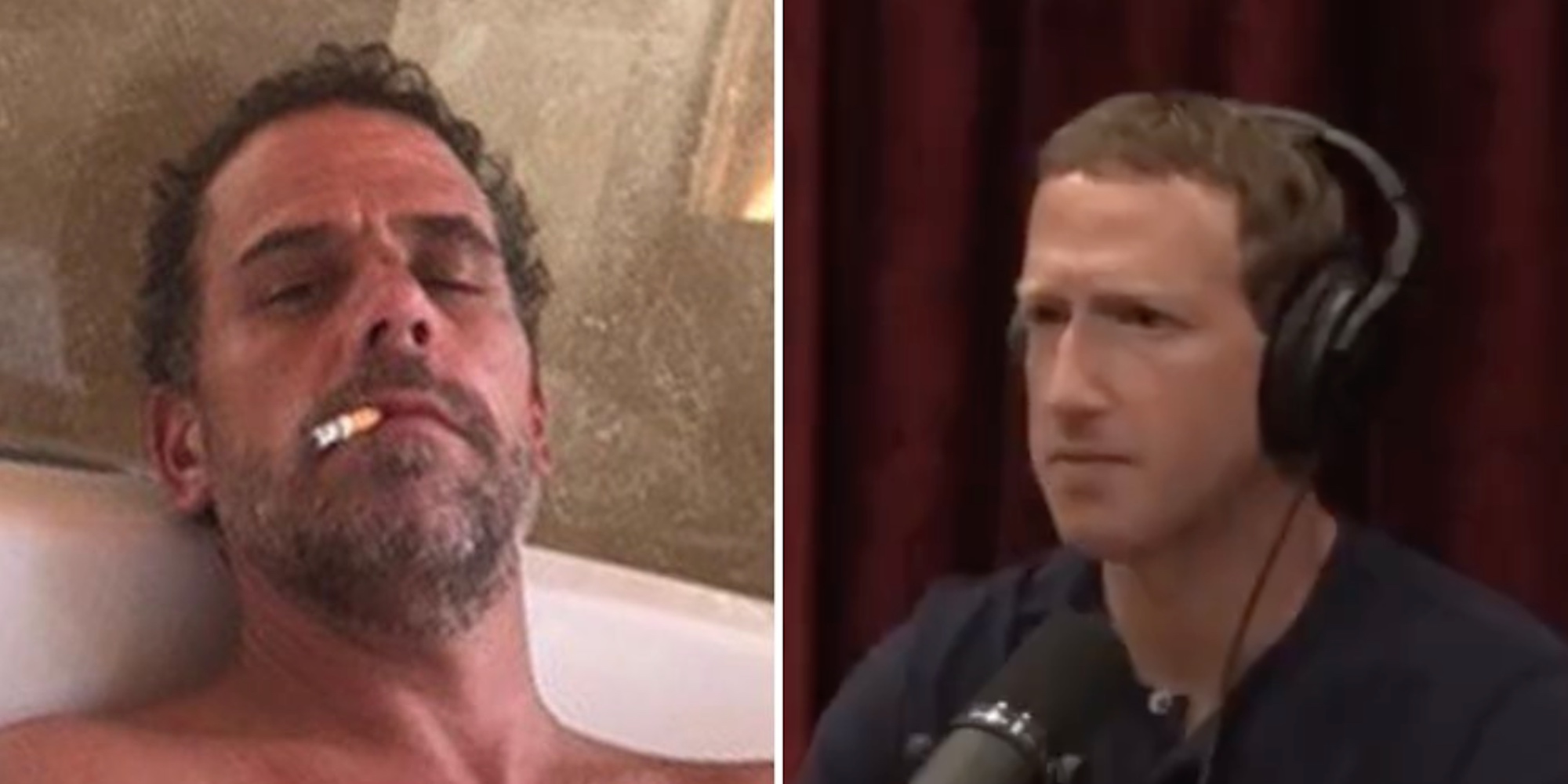 In the lead up to the 2020 election, the story of Hunter Biden's now infamous laptop was suppressed by tech giants and the media alike.

In an interview on the Joe Rogan Experience released Thursday, Mark Zuckerberg admitted that Facebook, while not going as far as Twitter, still worked to decrease the story's reach on his platform.

"How do you guys handle things when they're a big news item that's controversial?" Rogan asked. "There was a lot of attention on Twitter during the election because of the Hunter Biden laptop story. So you guys censored that as well?"

"We took a different path than Twitter," Zuckerberg replied, explaining that the FBI came to Facebook and urged them to be "on high alert" due to the fact that there had been a lot of Russian propaganda in the 2016 election.

According to Zuckerberg, the FBI said there would be "some kind of dump" of information that the tech giant should be vigilant of.

"Our protocol is different from Twitter's," Zuckerberg continued. "What Twitter did is they said 'You can't share this at all.' We didn't do that."

He went on to explain that at Facebook, during the five to seven days while the Hunter Biden laptop story was being independently fact checked, they decreased distribution.

"You could still share it, you could still consume it," but, "the ranking in Newsfeed was a little bit less, so fewer people saw it than otherwise."

"By what percentage," Rogan asked.

"I don't know off the top of my head, but it's meaningful," Zuckerberg replied.

Zuckerberg justified his company's decision by saying that he was just following the orders of the FBI, which he still views as "a legitimate institution."

Rogan questioned whether the FBI had pinpointed the Hunter Biden laptop story in particular, to which Zuckerberg replied that he could not remember, but that it "fit the pattern."