There has been little to no outcry over her death, though she was unarmed on Jan. 6 and her diminutive size posed no threat to the armed officers who sought to quell the crowd. 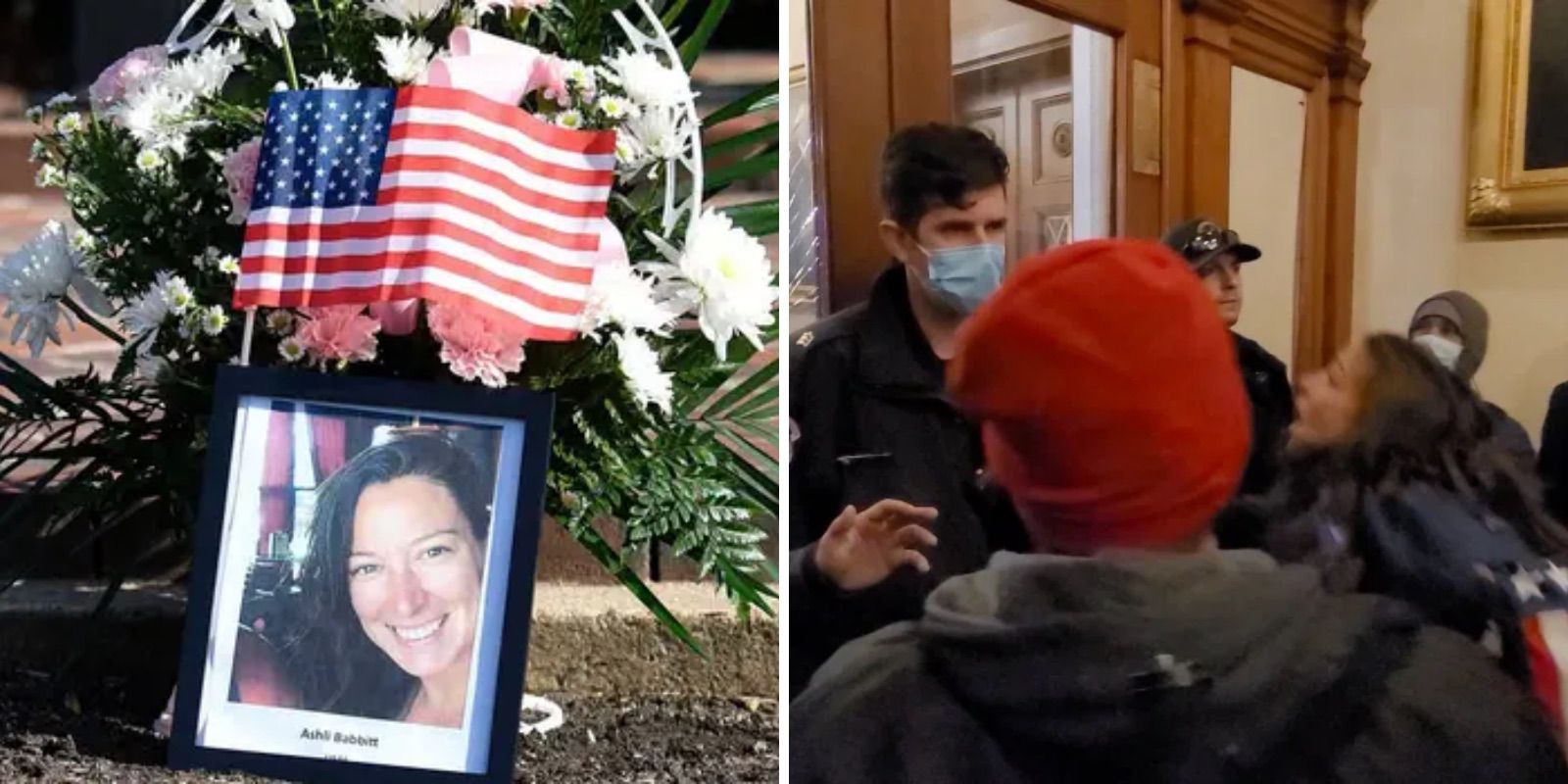 The Department of Justice closed the investigation into the police killing of veteran Ashli Babbitt, the unarmed woman who was part of the mob that unlawfully entered the Capitol Building in Washington, DC, on Jan. 6. There has been little to no outcry over her death, though she was unarmed during that protest turned riot on that day, and her diminutive size posed no threat to the armed officers who sought to quell the crowd.

Babbitt was shot by an unnamed officer on Jan. 6 despite the fact that police were told not to use their most aggressive tactics in dealing with the mob on that day. The New York Times reported that "Capitol Police had clearer advance warnings about the Jan. 6 attack than were previously known, including the potential for violence in which 'Congress itself is the target.'"

Despite this, "officers were instructed by their leaders not to use their most aggressive tactics to hold off the mob," this according to a report by inspector general, Michael A. Bolton."

The report "found that the leaders ordered their Civil Disturbance Unit to refrain from using its most powerful crowd-control tools—like stun grenades—to put down the onslaught." A plan that was enacted for the protest stated that "there were 'no specific known threats related to the joint session of Congress.' And the former chief of the Capitol Police has testified that the force had determined that the likelihood of violence was 'improbable.'"

This "failure," The New York Times reports, "conspired with other lapses inside the Capitol Police force to create a dangerous situation on Jan. 6, according to his account. The agency’s Civil Disturbance Unit, which specializes in handling large groups of protesters, was not allowed to use some of its most powerful tools and techniques against the crowd, on the orders of supervisors."

Weapons that would have been less-lethal, such as stun grenades, which would likely not have cost Babbitt her life, "were not used that day because of orders from leadership," Bolton said. Officials said that if those forms of ordinance had been deployed it "could have helped the police to 'push back the rioters.'" But they didn't use less-lethal force, and so instead an unarmed woman lost her life at the hands of an officer who will not be named.

In many cases where an officer shoots an unarmed person, that officer is named. Most recently, as in the case of Daunte Wright, the name of the now-former officer who shot him was near instantly revealed. Kim Potter, who shot Wright by her own admission at a traffic stop in Minneapolis suburb Brooklyn Center on Sunday, has already resigned and been charged with the second-degree manslaughter.

The name of the officer who shot Babbitt's was not released. In the case of many unarmed persons killed by police, the name of the officer who fired the fatal, or injurious, shot, is released to the public even before it is known whether that officer will be charged. In many cases, that officer is exonerated, as happened with Babbitt's killer, but even so, the officer's name is known to the public. In the case of Kim Potter, her name and address became public, and police had to issue guards around her home.

The report from the Department of Justice said that it "conducted a thorough investigation" into Babbitt's shooting. To that end, they looked at video from social media, statements from the unnamed officer involved, as well as other unnamed officers and witnesses.

"Based on that investigation, officials determined that there is insufficient evidence to support a criminal prosecution." Babbitt's family was informed that there would be no charges filed in association with her death, though Babbitt was unarmed at the time of the shooting. The DOJ reports that on Jan. 6, Ms. Babbitt joined a crowd of people that gathered on the U.S. Capitol grounds to protest the results of the 2020 presidential election.

The DOJ further stated that Babbitt was part of a large group of people that Capitol Police were trying to keep out of the hallway outside the Speaker's Lobby. During this time, members of Congress were being evacuated from Chamber by police. Furniture was used as a barricade to keep the crowd at bay, and it was at this time that Babbitt attempted to climb through the broken window of a set of glass doors. Instead of using some less lethal means of force to keep the petite woman from entering the area, she was shot by an unnamed officer.

The report states that "Ms. Babbitt attempted to climb through one of the doors where glass was broken out.  An officer inside the Speaker’s Lobby fired one round from his service pistol, striking Ms. Babbitt in the left shoulder, causing her to fall back from the doorway and onto the floor."

She was the only person who was shot and killed that day, while three others who were present died of medical conditions, and a Capitol Police Officer Brian Sicknick died some time after the events, due to unknown causes.

A criminal investigation ensued to determine if the unnamed officer should be held criminally liable for Babbitt's death. The DOJ said that "The focus of the criminal investigation was to determine whether federal prosecutors could prove that the officer violated any federal laws, concentrating on the possible application of 18 U.S.C. § 242, a federal criminal civil rights statute."

The question asked was whether or not the officer who shot the unarmed woman "acted willfully to deprive Ms. Babbitt of a right protected by the Constitution or other law, here the Fourth Amendment right not to be subjected to an unreasonable seizure."

The use of the term "willfully" has been interpreted to mean that that it must be proved that the officer "acted with bad purpose to disregard the law." This is an extremely high level of intent that must be proved in order t implicate the offending officer in the woman's death, and prosecutors did not feel they could meet it.

The DOJ states that "The investigation revealed no evidence to establish beyond a reasonable doubt that the officer willfully committed a violation of 18 U.S.C. § 242.  Specifically, the investigation revealed no evidence to establish that, at the time the officer fired a single shot at Ms. Babbitt, the officer did not reasonably believe that it was necessary to do so in self-defense or in defense of the Members of Congress and others evacuating the House Chamber."

"Acknowledging the tragic loss of life and offering condolences to Ms. Babbitt’s family," the report concludes, "the U.S. Attorney’s Office and U.S. Department of Justice have therefore closed the investigation into this matter."