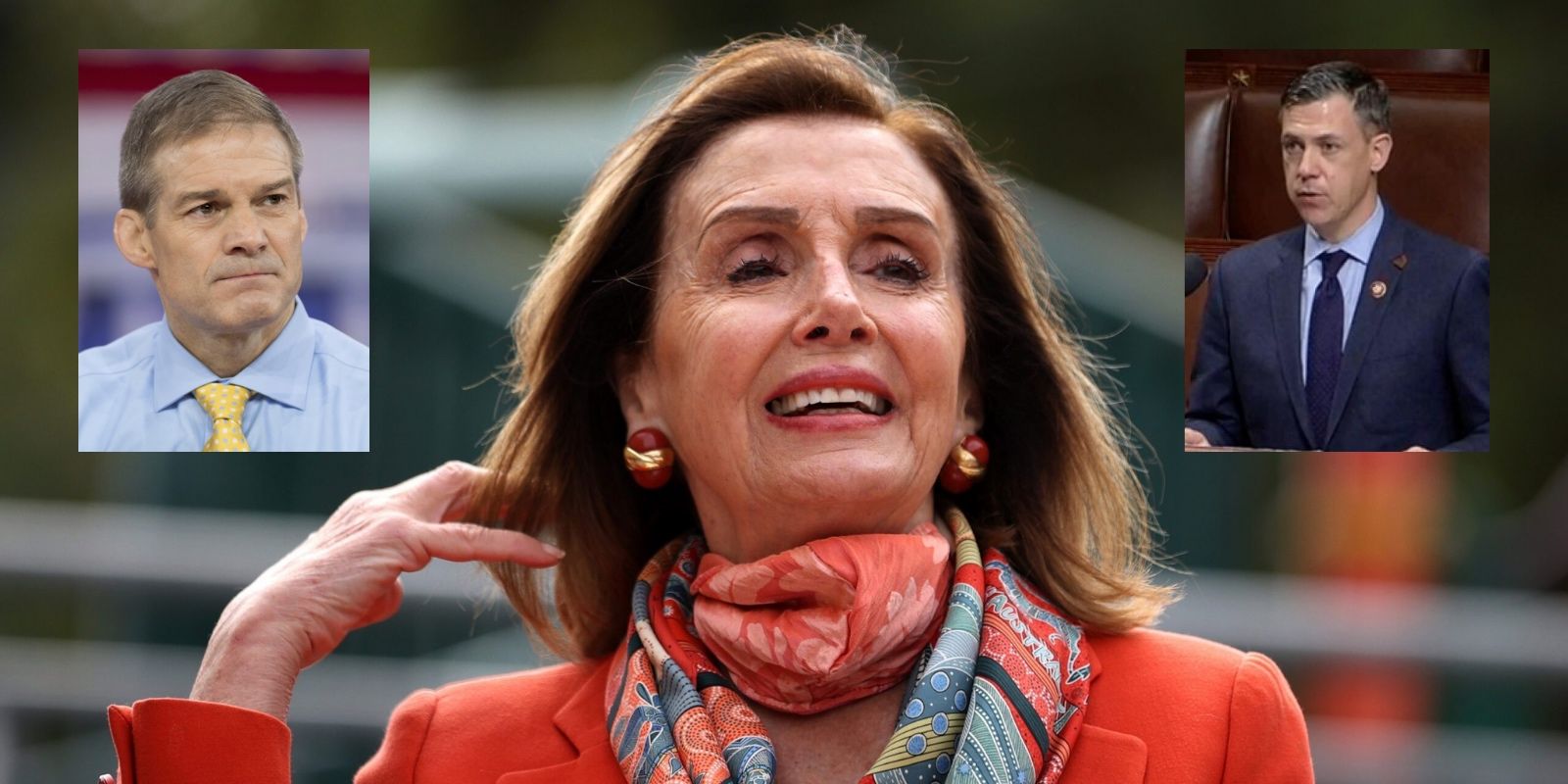 In a surprise move, House Speaker Nancy Pelosi has rejected two of Minority Leader Kevin McCarthy's GOP picks to serve on her January 6 special committee. The two lawmakers who Pelosi refuses to seat on the committee are Rep. Jim Jordan of Ohio and Rep. Jim Banks of Indiana.

In response, Minority Leader Kevin McCarthy, who made the picks, has pulled all GOP members from Pelosi's committee. The rules of the committee's formation gave Pelosi veto power over McCarthy's selections.

Both of these congressman had voted against certifying the electoral college votes for Joe Biden on January 6, according to The Hill, something that many Democrat legislators did in 2016 when they refused to vote to certify Donald Trump as president.

Banks responded to Pelosi's veto, saying "I'm a sitting member of Congress and served my country in Afghanistan and the Speaker knows how hard I will fight for my country."

McCarthy named the lawmakers on Monday, having agreed to work with Pelosi on the Democrat-led "select" committee despite the bill to form a January 6 commission having failed to pass.

Banks accepted the post, saying that "we need strong leaders who will force the Democrats and the media to answer questions so far ignored. Among them, why was the Capitol underprepared and vulnerable to the attack on January 6?" Pelosi apparently doesn't agree.

In a statement, Pelosi wrote that she had spoken to McCarthy "about the objections raised about Representatives Jim Banks and Jim Jordan and the impact their appointments may have on the integrity of the investigation. I also informed him that I was prepared to appoint Representatives Rodney Davis, Kelly Armstrong and Troy Nehls, and requested that he recommend two other Members.

"With respect for the integrity of the investigation, with an insistence on the truth and with concern about statements made and actions taken by these Members, I must reject the recommendations of Representatives Banks and Jordan to the Select Committee.

She stated that the goal of the select committee, which she terms "The Select Committee on the January 6th Insurrection," is to "investigate and report upon the facts and causes of the terrorist mob attack on the United States Capitol on January 6, 2021.  It will also be charged with reporting its findings, conclusions and recommendations for preventing future attacks."