This time it was a Google ad manager who spoke to the hidden camera, and revealed Google's ability to manipulate, censor, and suppress views they don't want expressed. 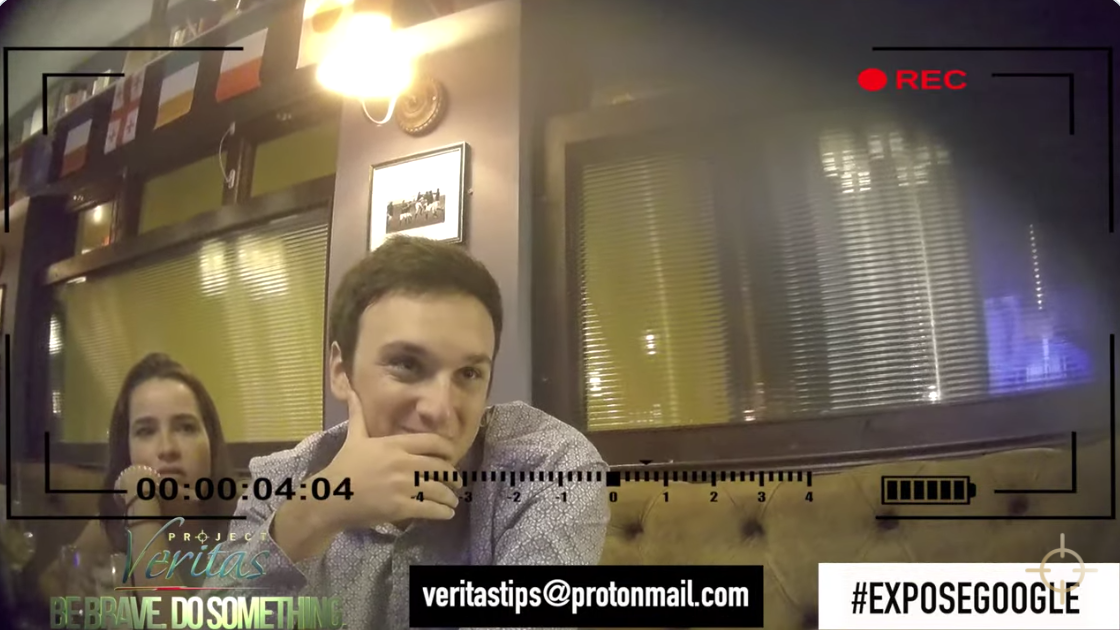 Project Veritas released its second video exposing Google's partisan practices on Tuesday. This time it was a Google ad manager who spoke to the hidden camera, and revealed Google's ability to manipulate, censor, and suppress views they don't want expressed—not only through search results, but through advertising.

In the video, a Google ad manager says that Google is capable of censoring "right-wing and republicans." The manager said he decided not to go ahead and fulfill a request for pro-Brexit ads through the search engine.

"You're telling an Italian that lives in London that you want to advertise Brexit. It’s like, seriously?" Adriano Amaduzzi, the ad manager said. Amaduzzi said that he is not even a major player at the company, but that he did have this measure of control of whether or not to take requests that he wasn't personally interested in fulfilling.

Amaduzzi said that Google can "censor out news from your search engine" and that they can even engage in "or actually stopping right-wing parties from advertising." Google Trust and Safety team has actively engaged in suppressing and censoring political speech, primarily because those who have that power feel that it is in their purview to do so.

The Google account executive didn't know that he was talking to a Project Veritas journalist via hidden camera when he admitted to exploiting Google market dominance in advertising on the web, and doing so to push their own views and censor the opposition.

Amaduzzi said that "You can offer free credits, free advertising credits, to Democratic parties for advertising." This can be done while suppressing Republican content, as well. "You can, potentially—censor out news from your search engine."

Found of Project Veritas, James O'Keefe, said that Amaduzzi's comments fall in line with other investigations they have done.

"Recently we've seen censorship of free thought and stories from the Big Tech giants. Many believe this kind of editorial suppression will affect the upcoming election," O’Keefe said. "But it seems the biggest tech giant of them all– Google- may have other ways to impact the election--this time coming from their ad sales division overseas."

Tuesday morning, the Department of Justice launched an anti-trust suit against Google, alleging that their dominance in both search and advertising constitute an illegal monopoly.

Prior to dropping the latest video, Project Veritas' James O'Keefe issued a Twitter poll asking users if they thought Google was interfering in the presidential election. More than 98 percent of nearly 45,000 votes agreed with that supposition.

On Monday, Project Veritas released a new video that exposed the hidden political agenda of Google's top managers and shows how Google manipulated algorithms to skew conservative content negatively. Google had no response to that video.

It has been almost a week since the New York Post dropped bombshell reporting on Hunter Biden's potentially having colluding in an influence peddling scheme to get favourable conditions for Ukrainian energy giant Burisma, as well as for a Chinese delegation that appears to have received special White House treatment.

These allegations stem from a laptop computer that has been verified as having belonged to Joe Biden's son Hunter, which was left at a Delaware repair shop.

After these articles were posted to Twitter and Facebook, they were suppressed by the social media giant, and unable to be shared on those platforms. After this news broke, Twitter went so far as to suspend the official account of the New York Post. Twitter alleged that the Post had used hacked material, which they claim to not allow on their platform.

However, Twitter changed their rules regarding hacking, determining that they would allow hacked material, so long as it wasn't being shared by the original hackers. The New York Post's account has not yet been reinstated, and they haven't posted since Oct. 14