The video footage shows migrants, including children, living outdoors in an open-air holding facility where they are separated by makeshift fences. 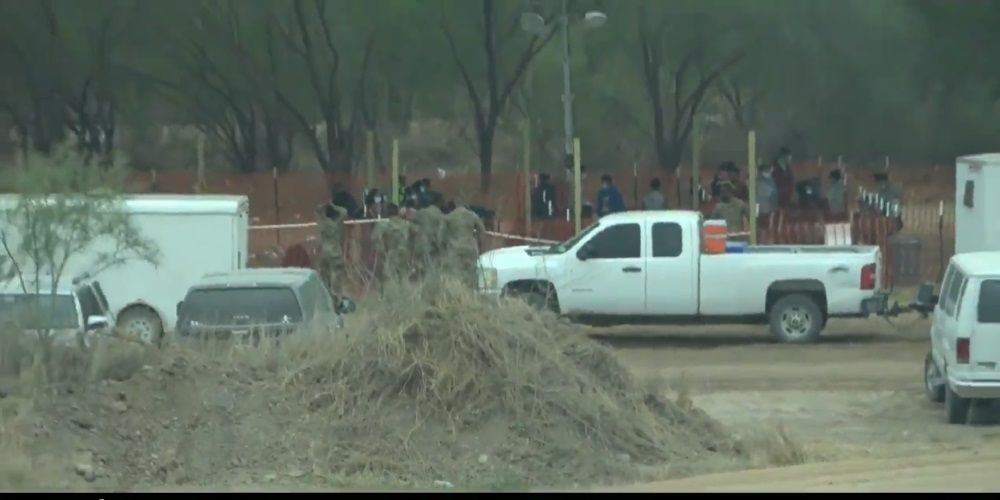 Shocking new footage released by Project Veritas reveals the existence of a makeshift migrant detention facility under a bridge in McAllen, a border town in Texas.

The video footage shows migrants, including children, living outdoors in an open-air holding facility where they are separated by makeshift fences. The migrants can be seen sleeping on the dirt ground with space blankets for warmth.

The facility is located underneath the Anzalduas International Bridge, which connects the United States to Mexico.

According to a Project Veritas press release, "[these] corrosive conditions continue to create instability at the Southern Border; however, the Biden Administration has consistently responded to the issue by denying a crisis exists."

Project Veritas encourages anyone with additional information surrounding the border crisis to contact them.

The United States has experienced an unprecedented surge in migrants crossing the southern border since President Joe Biden took office in January, including children. The surge has overwhelmed border patrol and the Department of Homeland Security, which has since been scrambling to find locations to house the large number of migrants.

Many migrants have been placed in immensely overcrowded detention facilities, once again bringing attention to the conditions faced by migrants entering the United States.

Republicans have heavily criticized the Biden Administration for their handling of the border crisis, arguing that his pro-immigration and pro-amnesty rhetoric and political positions has encouraged the surge in border crossings.

Democrats have responded by blaming former President Donald Trump for the crisis.