BREAKING: Protesters gather in front of Disney HQ to protest grooming and pedophilia 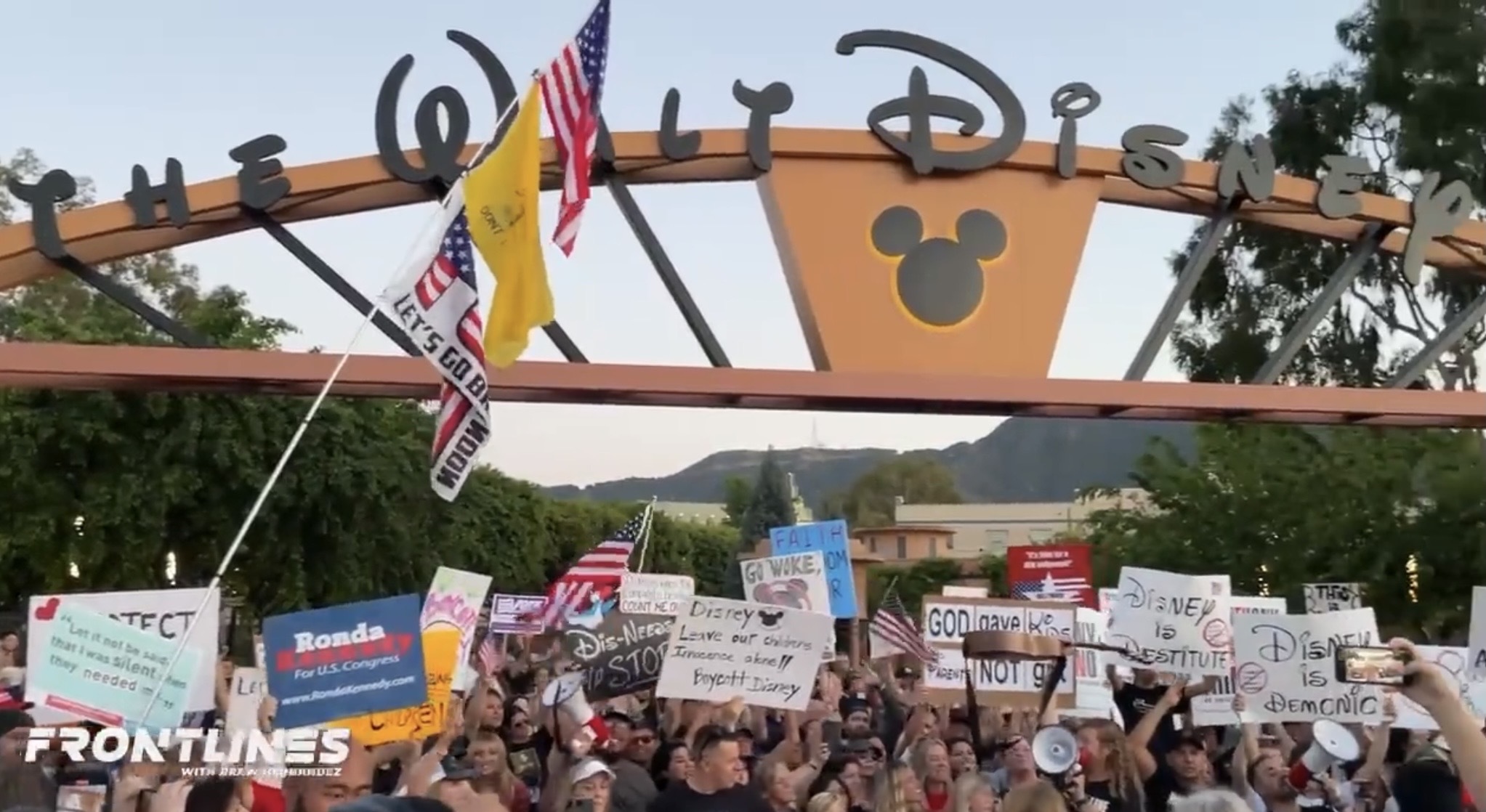 Wednesday evening, hundreds of protesters gathered outside Disney’s headquarters at 500 South Buena Vista Street in Burbank, Californa to protest the corporate giant. Protesters carried signs calling for allowing "kids to be kids" and not sexualizing children.

According to Travis Rice of Fox LA, a group called 'Hold The Line' organized the protest and said that Disney is leaning too far left. The group is calling for a Disney boycott in order to "keep their children innocent," and described the protest as a church in front of the Walt Disney studios. The organization began advertising the protest on April 4.

According to journalist Drew Hernandez, A conservative Disney emplyee said onstage at the protest, "...it’s gotten very hard to be someone with conservative values."

Families across the US have been cancelling their vacation plans to the theme parks and their subscriptions to Disney Plus after Disney's CEO, Bob Chapek, has opposed a Florida’s Parental Rights in Education bill and after it was revealed that Disney recently hosted an all-hands meeting about the bill, in which executives bragged about their "not-at-all-secret gay agenda" and "adding queerness" to children's programming.

The media conglomerate also banned the use of "gendered greetings" within Disney World and Disneyland, meaning the terms "boys and girls" and "ladies and gentlemen" will no longer be spoken by employees on Disney grounds.

Disney issued a statement after the passge of the bill which read in part, "Our goal as a company is for this law to be repealed by the legislature or struck down in the courts, and we remain committed to supporting the national and state organizations working to achieve that."

Following Disney's statement, Florida Governor Ron DeSantis slammed the company, saying "This state is governed by the interests of the people of the state of Florida. It is not based on the demands of California corporate executives. They do not run this state. They do not control this state."

DeSantis has also suggested that he would be supportive to the suggestion of repealing a 55-year-old state law that allows Disney to govern itself on the grounds of Walt Disney World.