Protestors dressed as chickens confront Trudeau for “chickening” out of debate

Justin Trudeau really laid an egg with his decision to skip the Munk, TVA, and Maclean’s debates. 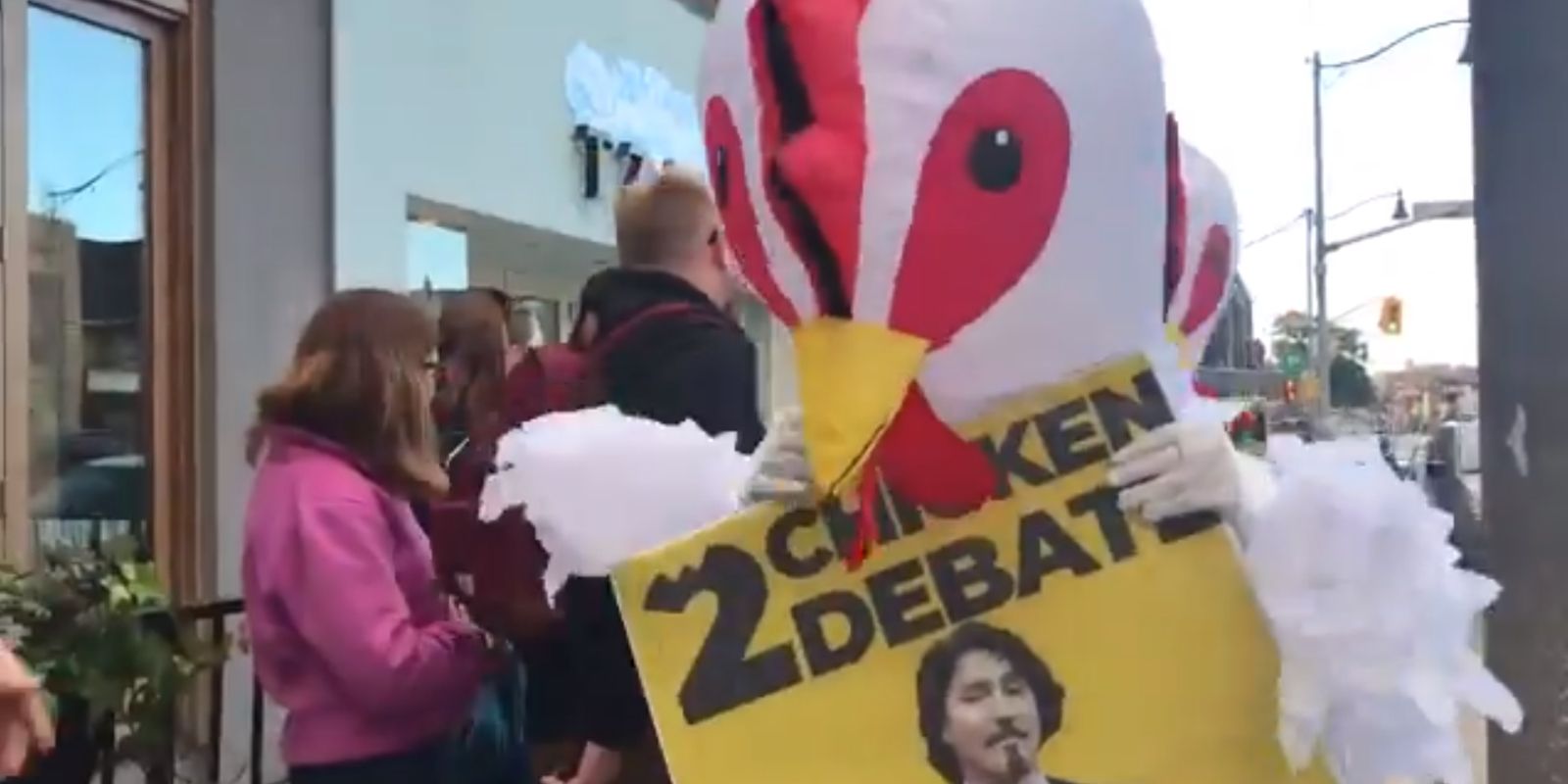 Justin Trudeau really laid an egg with his decision to skip the Munk, TVA, and Maclean’s debates.

According to Journalist Melissa Nakhavoly, a couple of people dressed in chicken suits showed up to a Trudeau campaign event, calling the PM a chicken for not partaking in more debates.

Interestingly, the chicken folk were not the only people clucking at the PM. Dozens of protestors also joined in to voice their discontent with the prime minister’s actions, according to City News.

As of now, Justin Trudeau has only confirmed his attendance at two debates planned by the Leader’s Debates Commission; an office created by the Trudeau government to plan the official state broadcaster election debates. While agreeing to appear for the English and French debates planned by the commission, Trudeau chose to opt-out of the remaining three.

This is extremely contradictory when you consider the Liberal Party’s own actions and statements during their 2015 run. At the time, the Conservative Party decided to skip some debates.

“Political parties should not be able to cherry-pick debates on an ad hoc basis,” spokesman Olivier Duchesneau said according to The Globe and Mail.

Sadly, it seems the PM and his team have all abandoned the values they pushed forward in 2015. According to the latest insider sources who have spoken to La Presse, the Liberals will cherry-pick debates since they are worried that any more public airtime than required could lead to dangerous scrutiny and in turn cause further damage to the already frail Trudeau brand.