Reports of rocket sirens were reported in the two cities of Ashkelon and Ashdod, with rockets being fired from Gaza. 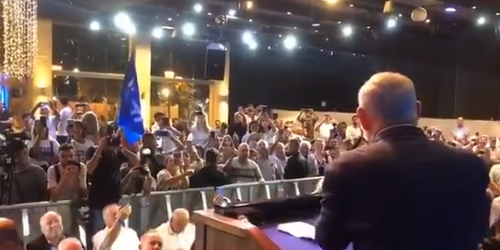 Sirens were reported in the two cities of Ashkelon and Ashdod in Israel, with rockets being fired from Gaza.

Video footage has appeared of the Israeli Prime Minister, Benjamin Netanyahu, being hurried off stage and as part of an evacuation from an event where he was speaking in Ashdod.

The sirens went off only hours after Netanyahu proposed an annexation of the eastern edge of the West Bank, known as the Jordan Valley.