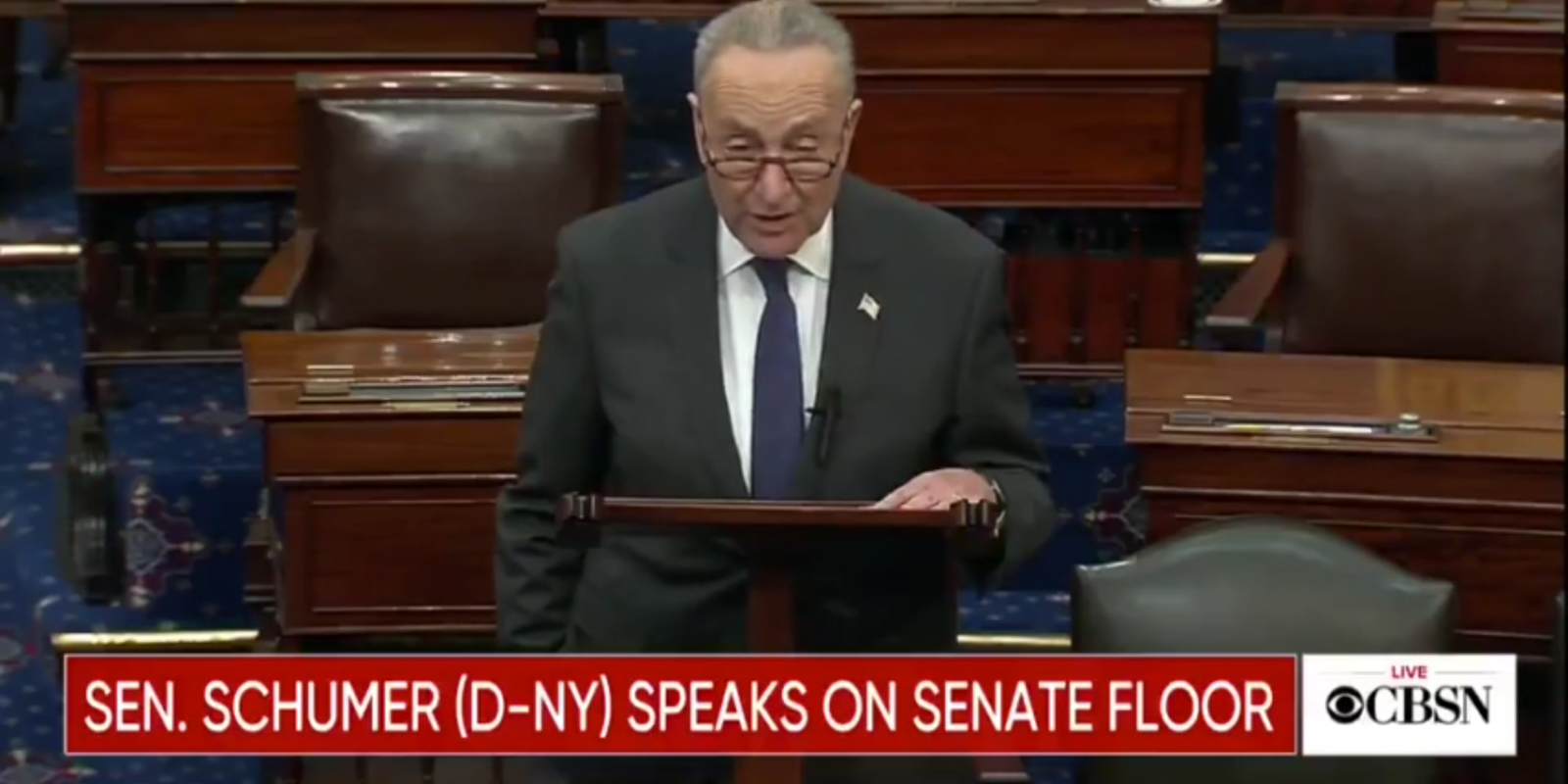 On the Senate floor, the Democratic leader praised those individuals announced thus far by the mainstream media's applauded incoming Biden-Harris administration and called on the Senate to begin confirmation hearings after the Jan. 5 Georgia Senate runoff elections.

"As President-Elect Biden prepares to assume office on Jan. 20, he's beginning to announce a slate of qualified, experienced public servants who he intends to nominate to his cabinet or other key administrative positions," Schumer prefaced his public statement, naming Biden's core economic team led by Treasury nominee Janet Yellen.

Schumer argued that the assembly "clearly has the experience, the knowledge, the prowess to meet the seriousness of this moment."

"More than that, they understand the needs of all Americans because they represent all given kinds of Americans. They'll get to work not just on rebuilding our economy, but striving to provide greater and more equitable prosperity to future generations."

Schumer went on to say: "In the midst of this once-in-a-century crisis, it's imperative the next administration can count on the Senate to confirm its cabinet without delay."

"Everyone knows that the Senate plays a pivotal role in confirming a new president's cabinet in the midst of this crisis," he emphasized. "It's imperative that the next administration can count on the Senate to confirm its cabinet without delay."

Schumer claimed that the early days of the Trump presidency were defined by "high-level appointments of individuals who were manifestly unqualified, plagued by ethical complaints, or swimming in conflicts-of-interest—sometimes all three."

"Already Republicans are twisting themselves into pretzels to explain their opposition," Schumer sneered, stating the he fully expects to "see some crocodile tears spilled on the other side of the aisle over the president-elect's cabinet nominees."

Schumer concluded: "The American people cannot wait to have its government working at full-force to keep them safe, defeat the virus, and get our economy back on track."