BREAKING: Schumer to Biden on hot mic: PA Senate debate 'didn't hurt us too much'

On Tuesday evening, Oz and Fetterman met in their only debate before the midterm election and Fetterman, who suffered a stroke earlier this year, struggled to speak in cogent sentences throughout the evening. 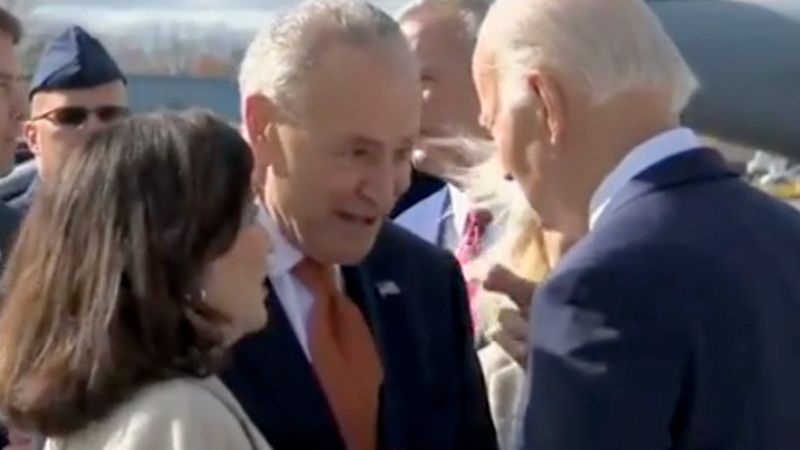 Senate Majority Leader Chuck Schumer (D-NY) was caught in a hot mic moment on Thursday telling President Joe Biden that "It looks like the debate didn’t hurt us too much in Pennsylvania."


On Tuesday evening, Oz and Fetterman met in their only debate before the midterm election. Moderators noted at the beginning of the debate a screen behind them, showing closed captioning for Fetterman, who suffered a stroke earlier this year.

Throughout the evening Fetterman struggled to speak in cogent sentences.

Some political analysts believe that following Fetterman’s performance in the debate, polls may shift in favor of Oz to fill the Senate seat currently held by Republican Sen. Pat Toomey.

While providing post-debate commentary, political commentator Chris Stirewalt said it was "irresponsible" for Democrats to encourage Fetterman to continue campaigning for the general election. "My heart really went out to John Fetterman as he struggled, watching as he tried to answer that question about his flip-floping was heartbreaking."
ADVERTISEMENT
ADVERTISEMENT
SchumerMic