BREAKING: Shooter at Indiana shopping mall killed by 'good Samaritan with a handgun'

Greenwood Chief James Ison said in a press conference that "a good Samaritan with a handgun" at the mall killed the shooter. He said the two others who were wounded and are being treated in area hospitals. 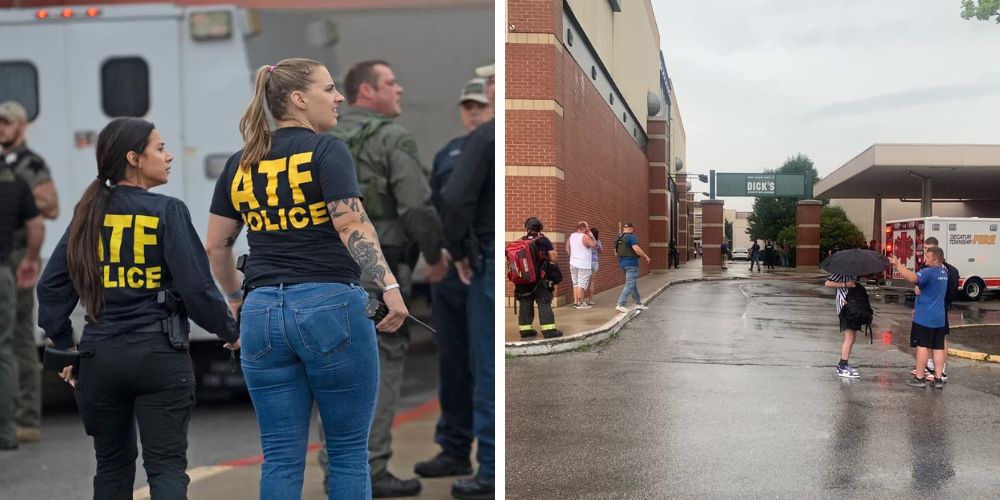 A shooting Sunday evening at a shopping mall in an Indianapolis suburb left four people, including the shooter, dead and two others injured, according to local media.

At approximately 6 pm local time, officers responded to a call regarding an active shooter who began firing in the food court at the Greenwood Park Mall in Greenwood, Indiana.

While law enforcement worked to secure the scene and clear the mall, emergency services arrived to treat the wounded and transport them to Eskenazi Hospital. All of the victims were adults with the exception of a 12-year-old female who was mildly injured.

Greenwood Chief James Ison said in a press conference that "a good Samaritan with a handgun" at the mall killed the shooter. It was later revealed that the good Samaritan was a 22-year-old man from Bartholomew County, had a legal gun permit and was fully cooperating with police.

Chief Ison added that the two others who were wounded and are being treated in area hospitals. He also said that police have confiscated a suspicious backpack that was in a bathroom near the food court.

Police have only described the shooter as an adult male and added that he had a long rifle and several magazines of ammunition. According to authorities there is no ongoing threat.

According to the Greenwood police, Indianapolis police, the FBI, ATF, the Department of Homeland Security and other law enforcement agencies were assisting in the investigation.