Dowell was charged with assault by means of a dangerous weapon, destruction or injury of personal property, and damage of property by graffiti/tagging. 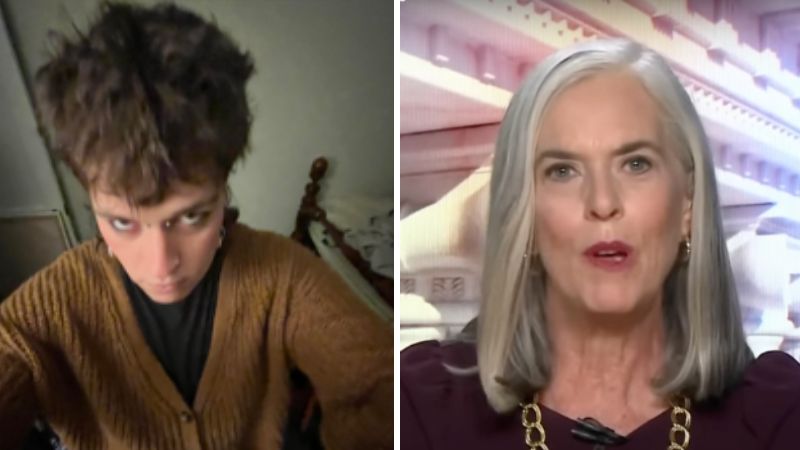 According to the Boston Police Department, at about 9:30 pm officers responded to a protest at the Parkman Bandstand Monument located in the Boston Common. "Upon arrival officers observed an individual defacing the monument with spray paint. The tagging read 'NO COP CITY' and 'ACAB,'" authorities stated. The phrases are commonly utilized by anti-police Antifa activists, including the ones rioting in the Atlanta "autonomous zone."

The suspect was later identified as Jared Dowell, 23, of Melrose. AntifaWatch pointed out that the suspect is likely the child of the Democratic politician.

Clark later tweeted that the child was her daughter.

According to an online biography for Rep. Clark, a "Jared Dowell" was listed as her child.

During Dowell's arrest, a group of "about 20 protesters" surrounded the officers while "screaming profanities through megaphones," said the department. This was taking place on a public street, causing traffic to come to a "standstill," according to the statement.

"While interfering with the arrest of Jared Dowell, an officer was hit in the face and could be seen bleeding from the nose and mouth."

BPD added that after Dowell was successfully placed under arrest, he was charged with assault by means of a dangerous weapon, and destruction or injury of personal property and damage of property by graffiti/tagging.

Dowell is expected to be arraigned in Boston Municipal Court.

On Saturday night, Atlanta-based Antifa members took to the streets to throw rocks at and light fires outside of the Atlanta Police Foundation after the now-suspended Atlanta Forest Twitter account called for a "night of rage" following the fatal shooting of one of their members, 26-year-old Manuel Esteban Paez Teran.

Manuel Esteban Paez Teran was killed by police after he allegedly shot an officer who was part of an operation clearing out the Antifa-occupied autonomous zone dubbed "Cop City," where the Atlanta Police Department Training Facility is set to be built. The officer was taken to an intensive care unit and treated.