BREAKING: Steve Bannon responds after New York State indictment: ‘They are coming after all of us’

Steve Bannon was indicted again late Tuesday night and is expected to surrender himself to prosecutors in the state of New York on Thursday. 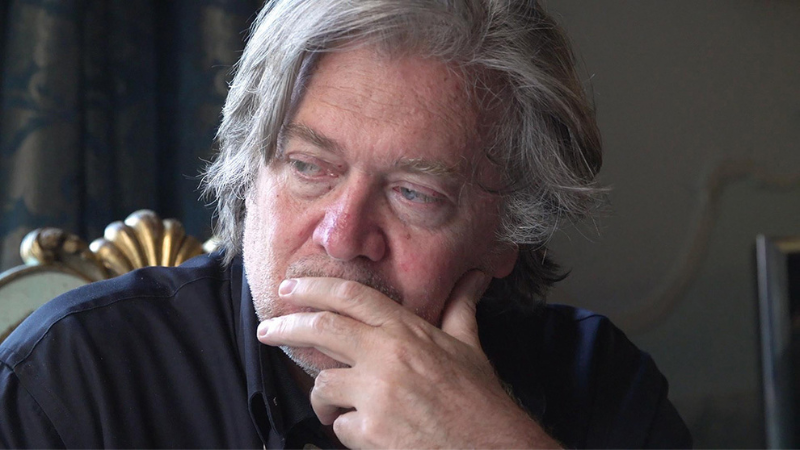 Steve Bannon was indicted again late Tuesday night and is expected to surrender himself to prosecutors in the state of New York on Thursday.

"They are coming after all of us," Bannon said in a statement, "not only President Trump and myself. I am never going to stop fighting. In fact, I have not yet begun to fight. They will have to kill me first."

In response to that indictment, Bannon issued a statement that speaks of recent swatting attempts against him, and accuses the "Soros-backed DA" of pursuing phony charges.

Bannon called out the new indictment in light of the upcoming midterm elections, where Democrats and Republicans are vying for power of Congress. He stated that it was due in part to his podcast WarRoom that he was being targeted.

He said the the Southern District of New York tried to take him "out of the election" in August 2020, when he was accused of taking $1 million in donations from a fund that had been set up to facilitate funding of the border wall along the US-Mexico border. The border wall was a campaign promise of Donald Trump's.

Of this latest indictment, Bannon called it a "partisan political weaponization of the criminal justice system." He said he was proud to be "a leading voice" on border issues and crime.

Anonymous sources spoke to the Washington Post about the incident, saying that the sealed indictment alleges that Bannon, along with others, "defrauded the contributors to a private, $25 million fundraising effort" that had to do with facilitating the building of a border wall along the US-Mexico border.

Trump had pardoned Bannon on federal charges at the end of his presidency after Bannon had pled not guilty of "pocketing $1 million in the scheme," WaPo reports.

Bannon was recently convicted of contempt of Congress for refusing to comply with a subpoena issued by the January 6 Committee.