Police then began deploying teargas with no warning to the crowd. This led to the Westphalian Times editor herself getting hit with a canister of teargas. 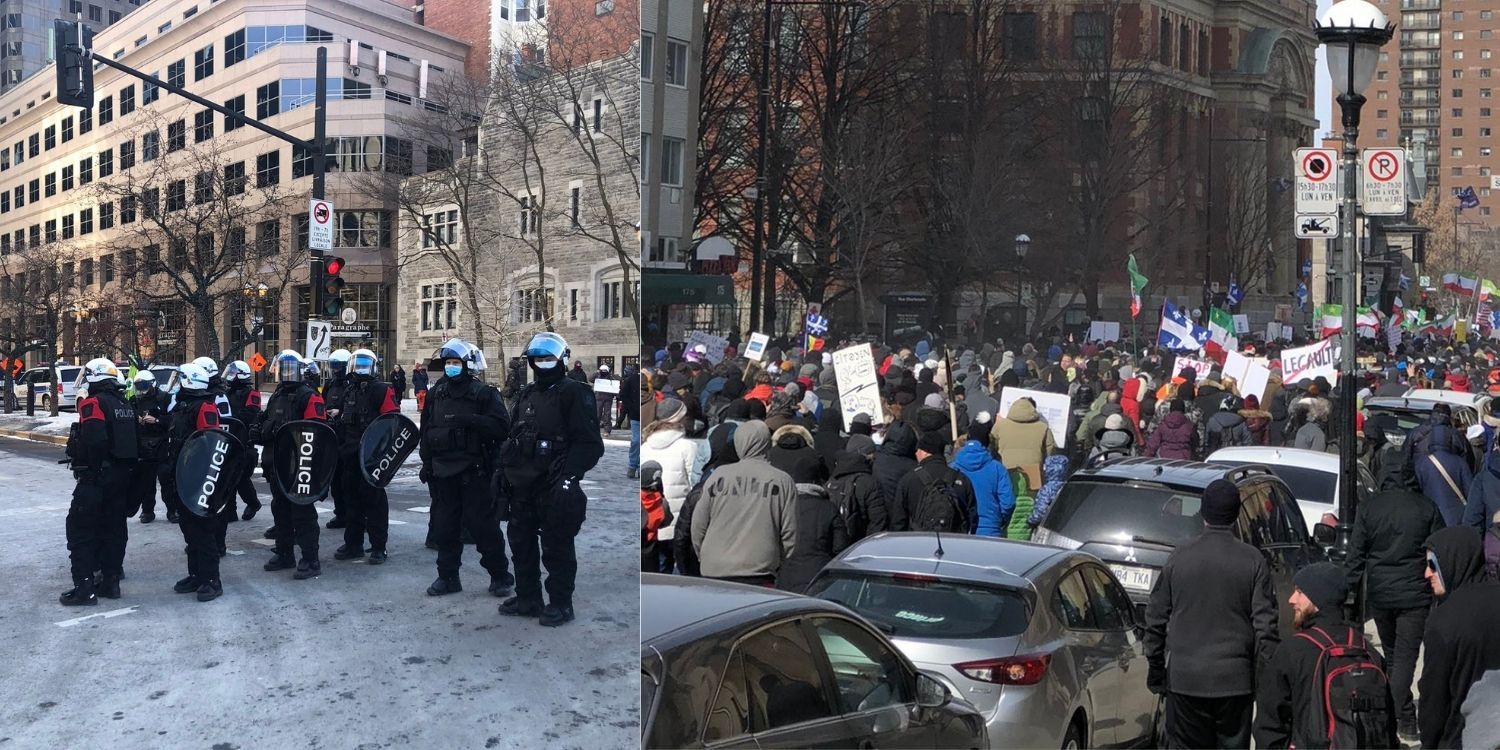 Thousands of Quebecois took to the Montreal streets on Saturday in protest of Premier Legault's lockdown measures. These measures are strict and include a 8PM curfew for everyone. Exclusive reporting from the Westphalian Times depicts Service de police de la Ville de Montréal pushing and teargassing protestors.

The police were out in full force and used megaphones, warning attendees to socially distance or face fines in the thousands. Eventually, back up arrived and the SPVM began shoving protestors. According to Oakes, one protestor yelled over the intercom, "this is a peaceful protest, you don’t have to do this. People are peaceful here, you’re the violent ones. There’s a woman lying on the ground."

Police then began deploying teargas with no warning to the crowd. This led to the Westphalian Times editor herself getting hit with a canister of teargas.

The protest is still on-going. The is a breaking story and will be updated as more information comes in.