The demonstration over police violence and the deaths of George Floyd and Regis Korchinski-Paquet began at 5 pm on Sunday outside Montreal police headquarters on St. Urbain Street. 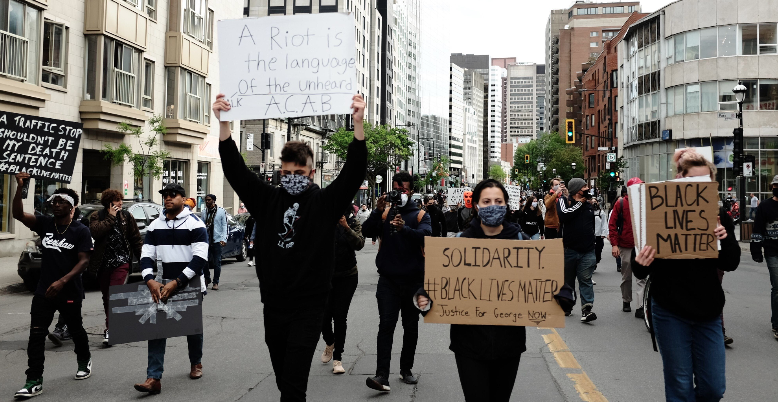 After five days of protests and riots across the United States, people in Montreal have joined the growing demonstrations over police brutality.

The demonstration against police violence and the deaths of George Floyd and Regis Korchinski-Paquet began at 5 pm on Sunday outside Montreal police headquarters on St. Urbain Street. It was organized by a local group called Justice for Victims of Police Killings.

Protestors chanted "Black lives matter" and "f*ck the police" as they marched from Montreal police headquarters on St. Urbain Street down to St. Catherine Street in the heart of downtown Montreal.

The Post Millennial is live on the scene and this story will be updated.