This is the second time Tim Pool has been swatted this January. 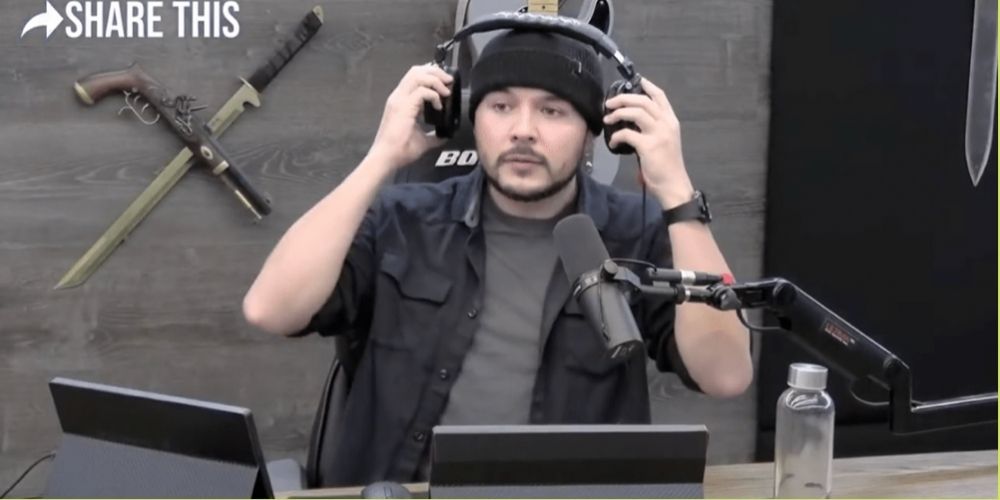 Podcaster Tim Pool has been swatted for the second time this month. This news comes after a series of concerning events around Pool's studio.

Pool disclosed that the incident was "worse" than the previous time. Pool did not give many full details because of an ongoing security risk. He said that he intends to update security to "an extreme degree."

"People are going to get nuts in 2022 ... What the f*ck were we talking about that warranted trying to get us killed on more than one occasion?" Pool asked.

Earlier this month, Pool was swatted during a live broadcast of Tim Pool's Timcast IRL.

"Someone called the police and said they shot and killed two people and were going to kill more," Tim Pool said on Twitter, regarding the first incident.

"Police were told not to enter without a warrant but said they didn't need one due to exigent circumstances. This is a large house used as a production studio with many employees on site," Pool added. Since the first incident, the police have no made any arrests.

Earlier on Tuesday, Pool revealed another concerning incident at his studio. According to Pool, an unknown man entered his studio.

"Last night, a man trespassed on our property, bypassing a large warning sign, and then entered our house," Pool said. "He entered just after our guests came in confusing our staff. Anyone entering this way risks serious bodily harm from our dogs and security. He was promptly removed."

"We will prosecute to the fullest extent considering the warning signs. Do not come here without permission," he continued. "In order to get anywhere near our property you have to drive about an acre. He's seen on camera entering the house after without permission."

As reported by Bongino Report, this latest incident of swatting came after Pool was targeted online by ads activist Nandini Jammi. Jammi had announced a "day of reckoning" for pundits who were "inciting insurrection." These included Tim Pool.

Pool replied to Jammi's claims, saying "I've never once said Trump won the 2020 election. I have repeatedly said, even to Steve Bannon himself, that Trump lost and there was no widespread fraud. These are overt false statements of fact seeking to cause monetary damage to my business."

Jammi tried to refute Pool's assertion by saying he had discussed election fraud in local elections prior to the November 2020 presidential contest. She mocked the legal recourse Pool had taken against her and her Check My Ads business. Then nearly 7 hours later, Pool was swatted.