During a live-broadcast of Tim Pool's Timcast IRL on Thursday, police entered the studio after receiving reports that two people had been shot and killed. 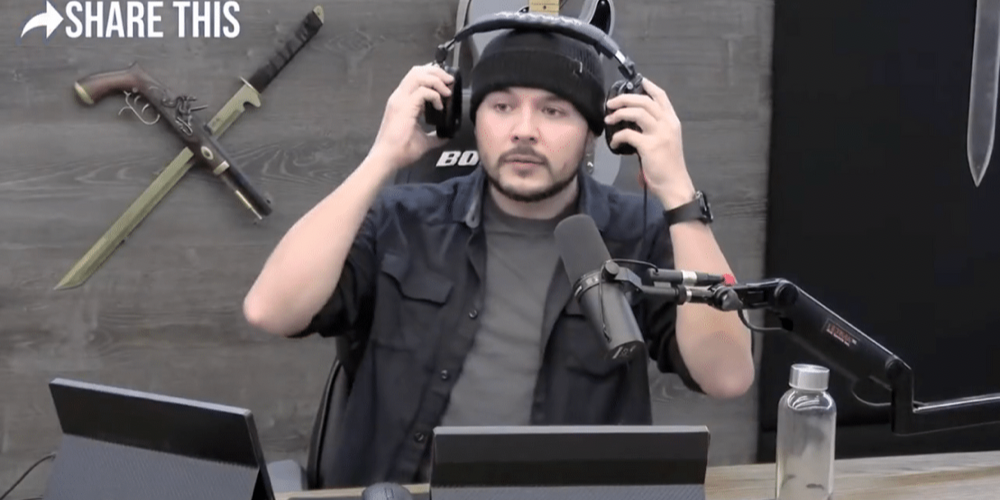 During a live-broadcast of Tim Pool's Timcast IRL on Thursday, police entered the studio after receiving reports that two people had been shot and killed at the address where he records.

"Someone called the police and said they shot and killed two people and were going to kill more," Tim Pool said on Twitter.

"Police were told not to enter without a warrant but said they didn't need one due to exigent circumstances. This is a large house used as a production studio with many employees on site," Pool added.

According to the live-broadcast, host's Tim Pool and Luke Rudkowski abruptly stopped the podcast, looking shocked at what they were witnessing in the room.

Rudkowski announced that the police just entered the room and said they were being "swatted."

"A police officer is strolling in here, looking around, because it looks like someone just swatted this live-broadcast," Rudkowski explained while Pool exited the frame.

"That's something that is extremely dangerous. Extremely reckless. Because swat incidents have led to many people dying," Rudkowski said. "People thinking that their house is being raided by criminals, defending themselves."

This is a developing story and will be updated when further details are made available.