Trump supporters breached the Capitol building after a speech by President Donald Trump in Washington, DC on Wednesday. 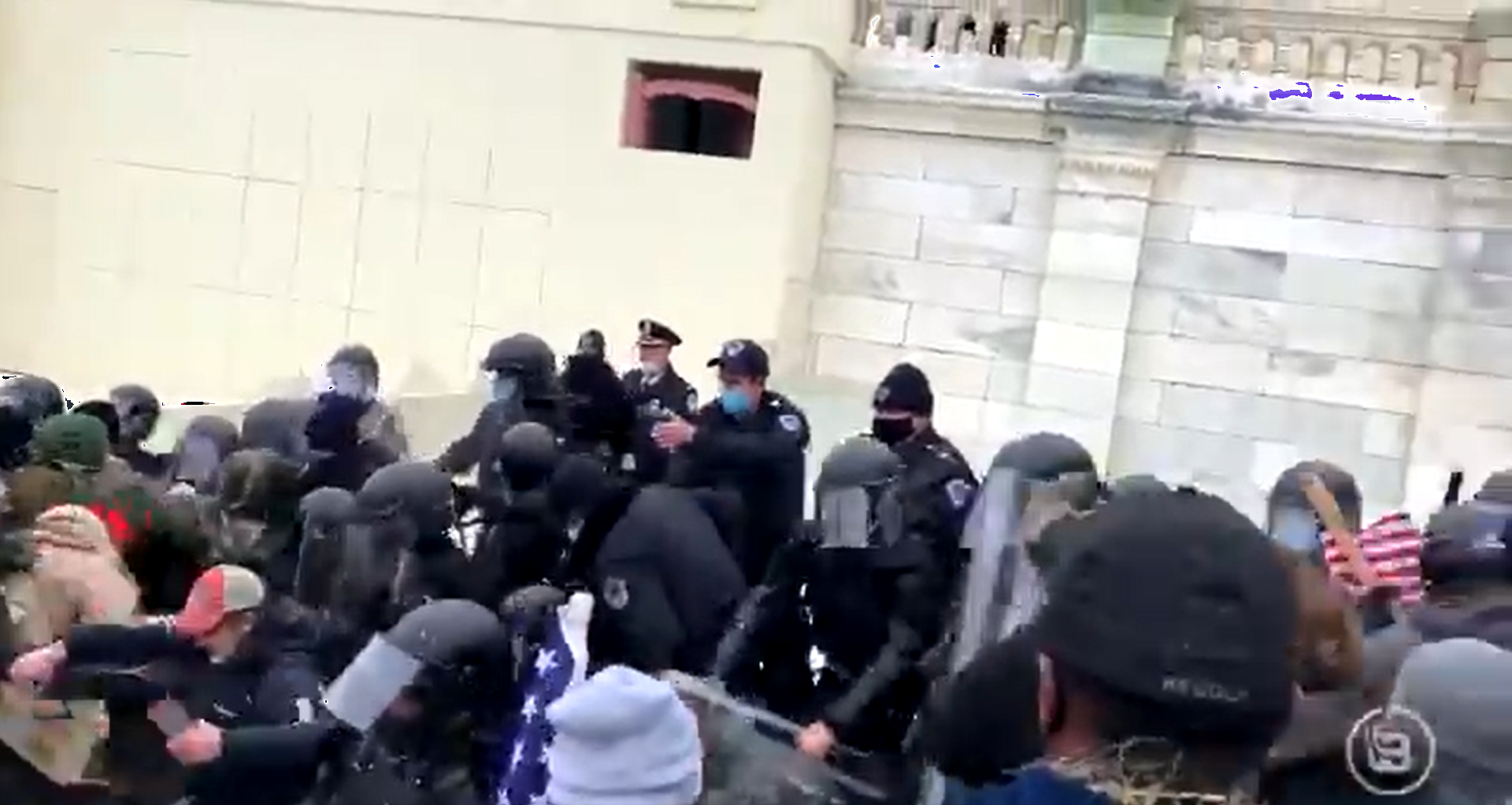 Trump supporters breached the Capitol building after a speech by President Donald Trump in Washington, DC on Wednesday.

Video shows a group of supporters fighting with federal police, with supporters having torn down layers of security fencing in an attempt to occupy the building, according to video obtained by The Blaze's Elijah Schaffer.

"Patriots have stormed the Capitol building ground and are breaching federal barriers and police in the masses," said Schaffer. "No cell service but video coming. Non lethal force in effect. Full unlawful assembly in display. Never seen anything like this. Insane. Thousands occupying."

The Madison building and the Cannon House Office building on Capitol Hill are also being evacuated. The

"Not uncommon for building evacuations and false alarms, but everyone on high alert with all the protests today," said Politico's Melanie Zanona.

This a breaking story and will be updated.