Dorsey and Zuckerberg testified before the Senate that they had no reason to believe that Hunter Biden's laptop stemmed from a Russian disinformation plot. 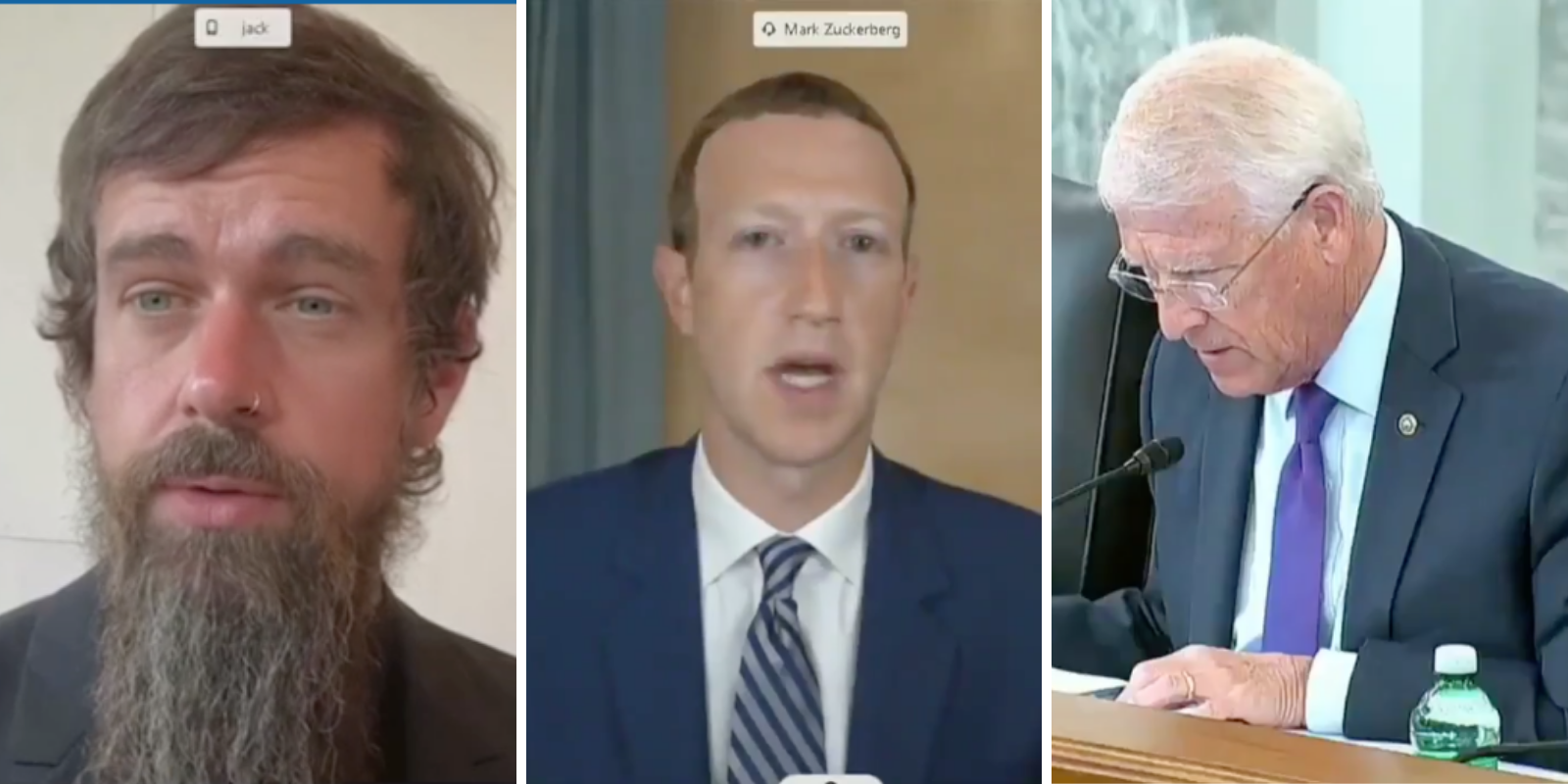 Both Jack Dorsey and Mark Zuckerberg testified today before the Senate that they had no reason to believe that Hunter Biden's laptop, source of multiple New York Post stories that were censored on their platforms, stemmed from a Russian disinformation plot.

During the hearings on Wednesday, Sen. Roger Wicker (R-MS) dug into the reasoning behind Twitter and Facebook's suppression of the New York Post's reporting on alleged influence peddling by Hunter Biden.

Wicker asked them to clarify comments made to Sen. Johnson, asking if it was correct to say that they had "no information indicating that the New York Post story has a Russian source."

Dorsey replied "Yes, not that I'm aware of."

For his part, Zuckerberg said that he "would rely on the FBI to make that assessment."

Wicker again looked for clarification, asking "But you don't have any such information, do you."

"I do not myself," Zuckerberg said.

The New York Post's reporting on Hunter Biden, the Biden family, their related businesses, and potential influence peddling with regard to then Vice President Joe Biden's position in the Obama administration, was censored by both Twitter and Facebook beginning on Oct. 14.

It was alleged after the fact, by many media outlets, that the laptop the Post obtained from a repair shop in Delaware, where it was left by Hunter Biden for repair and then abandoned, was part of a Russian disinformation plot.

Stories stating that the laptop and the allegations were derived from Russian sources intent on destroying the American democratic process did not appear to be suppressed or censored by social media platforms.

The New York Post is still locked out of its Twitter account, pending their deletion of six tweet containing links to the stories they published on the Bidens. Dorsey said this morning, before the Senate, that the Post could delete those posts and repost the exact same thing, and that second round of tweets would go through.