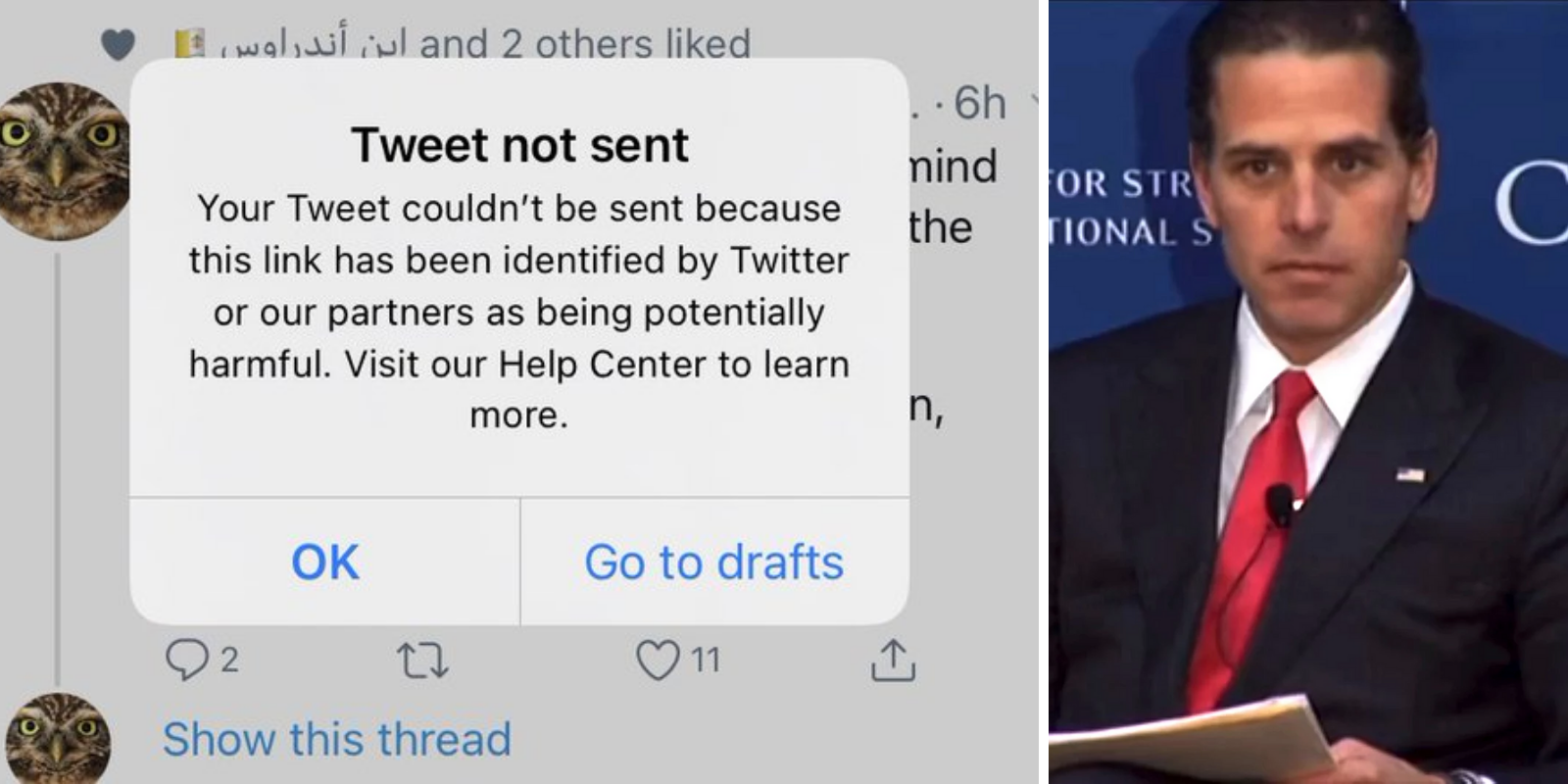 Even the Post’s oped editor Sohrab Ahmari was blocked from sharing the story.

When others tried to share the story on Twitter, they were prevented from doing so. Twitter has decided that the story implicating father Biden in somehow "unsafe" for the American public, so they're not letting it be shared.

The Post did their work, obtained the documents, broke the story, but Twitter is suppressing the story. The story is so volatile that it spurred the Senate Committee on Homeland Security to state their intention to launch an investigation into the potential collusion.

Ahmari released a statement to Twitter, saying "This is a Big Tech information coup. This is a digital civil war.

"I, an editor at the New York Post, one of the nation's largest papers by circulation, can't post one of our own stories that details corruption by a major-party presidential candidate, Biden."

Abigail Marone posted a video of what happens when she tries to post the story.

US Senator Josh Hawley sent a formal letter to Mark Zuckerberg, the CEO of Facebook, asking some pointed questions about a public tweet from one of its executives revealing a blatant political slant in the organization. No doubt, another letter is being addressed to Twitter.

Hawley and other Republican lawmakers are deeply concerned over big tech's willingness to interfere in the free dissemination of information.

The New York Post ran the scathing story on Wednesday, revealing the link between Presidential hopeful Joe Biden, his son Hunter Biden, Ukrainian energy giant Burisma, and actions taken by Biden during his time as VP to secure positive outcomes in Ukraine for his son’s endeavors.

In short, it looks like Joe Biden held $1 billion in funds to Ukraine hostage until that government dismissed a prosecutor who was investigating Burisma, where Biden’s son served on the board.