Richard Hopkins previously wished to remain anonymous but now is willing to not only go public, but testify under oath. 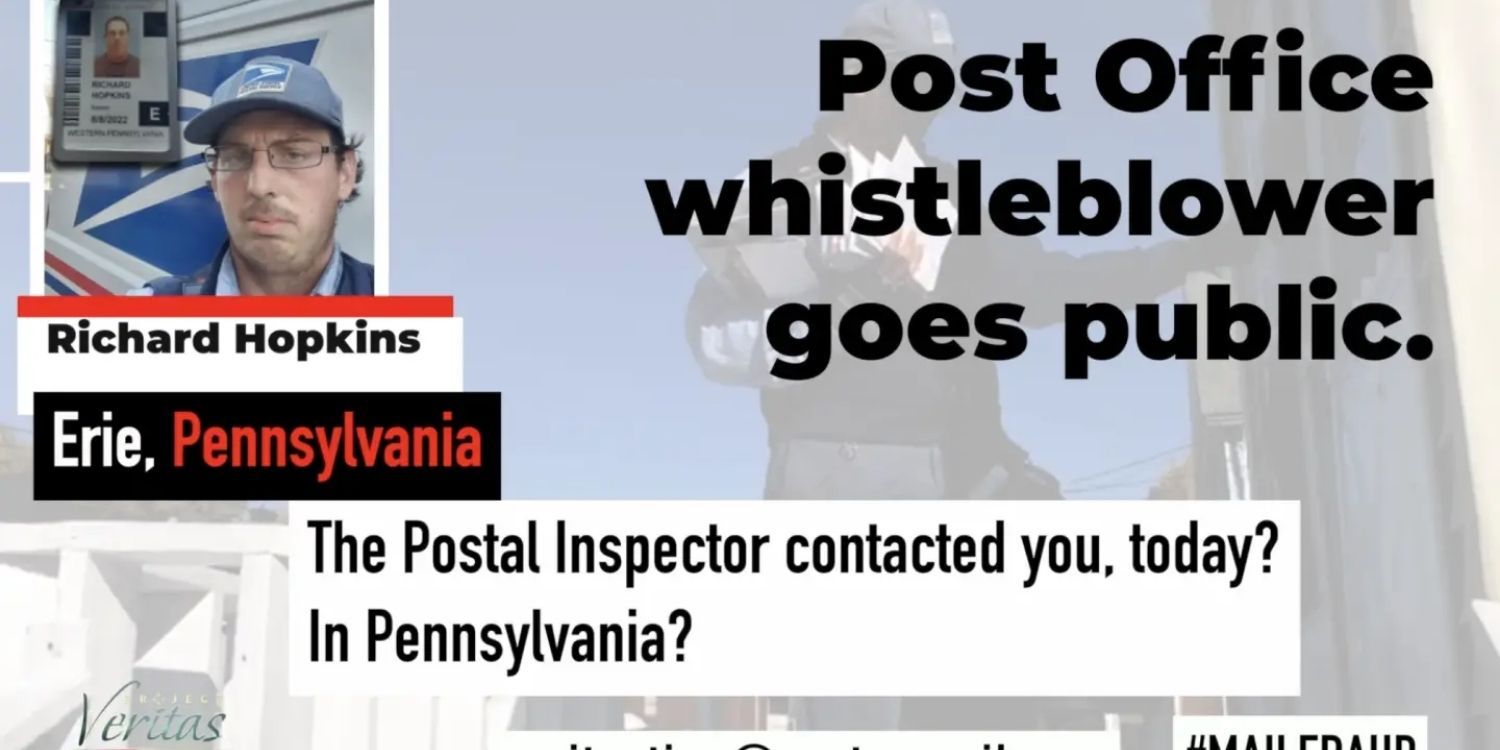 James O'Keefe of Project Veritas has released an update on a USPS worker who is a whistleblower to alleged voter fraud in mail-in-ballots. This whistleblower previously wished to remain anonymous but now is willing to not only go public, but testify under oath.

“He is going to testify about the backdating of ballots in Erie, Pennsylvania, in a battleground state,” said James O’Keefe.

This refers to the allegation that USPS supervisors have instructed postal workers to continue to pick up ballots and intentionally postmark them as coming in on election day.

Richard Hopkins is the whistleblower and postal worker who is now willing to go public, although still hesitant in relation to the consequences of him doing so. Hopkins said, “I’m nervous. I am nervous because this is a big deal.”

O’Keefe said, “He is a courageous soul, and he is going to inspire so many people. Already, Hopkins is getting hassled by his union over a previous incident that was resolved months ago.”

There is now an investigation underway, and it remains to be seen whether Hopkin's will keep his employment with the United States Postal Service.