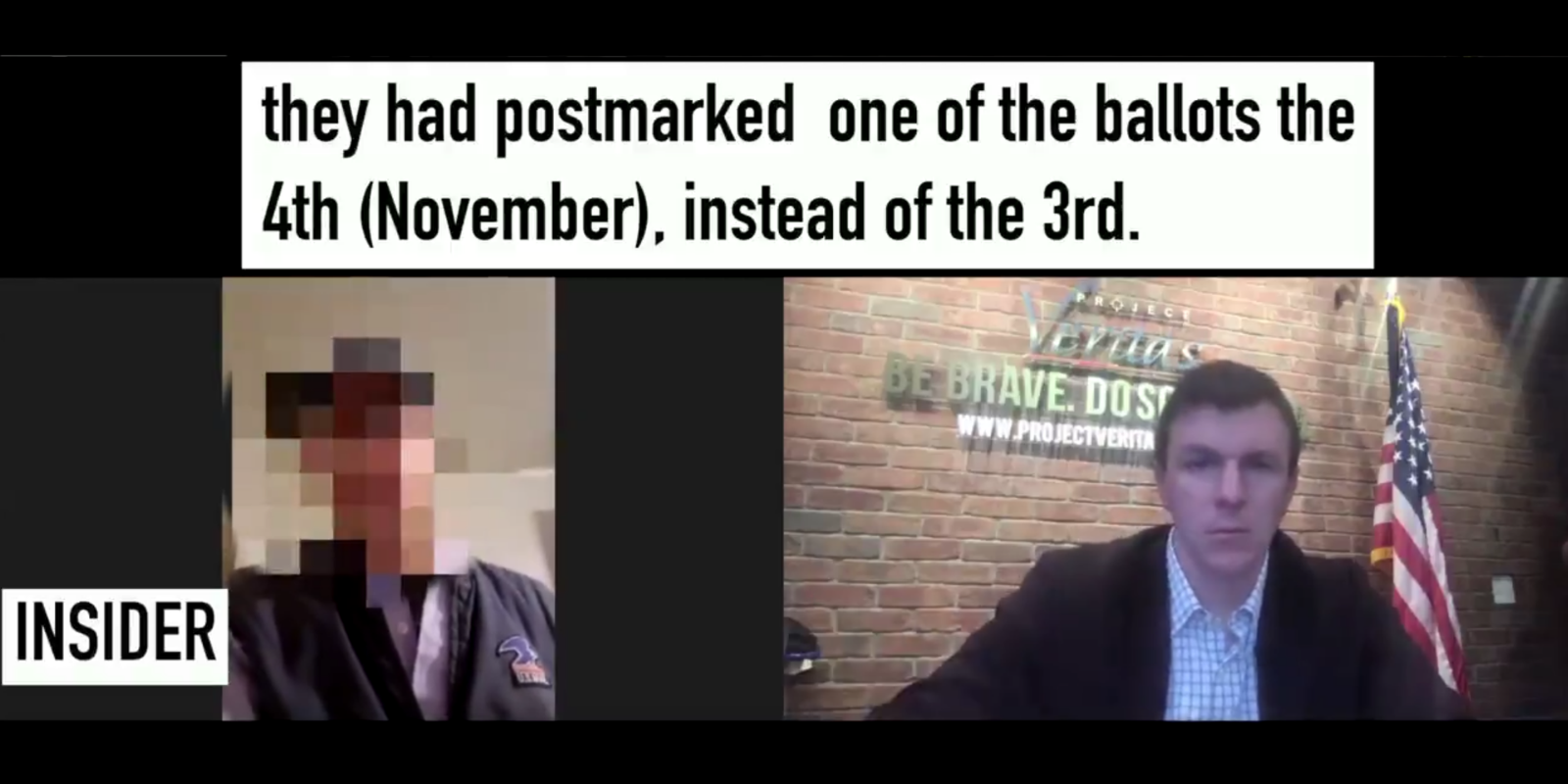 In an exclusive interview with Project Veritas, a Pennsylvania USPS worker in Erie County exposed an alleged internal voter fraud scheme orchestrated by an anti-Trump postmaster who illegally ordered employees to back-date ballots.

The whistleblower described to James O'Keefe, founder of Project Veritas, how the leadership, "Rob the postmaster," in Erie instructed all late ballots to be postmarked for Nov. 3—Election Day, as opposed to the day the ballots arrived.

According to the report by Project Veritas, the source's supervisors allegedly collected the ballots, ensured the retroactive dating, and delivered them directly to the ballot box. The alleged conspiracy is in coordination with other postal facilities during upper management's daily conference calls involving district leadership, the mailman detailed.

"All these ballots that were coming in—today, tomorrow, yesterday—are all supposed to be postmarked the third [of November]," the postal service employee explained, based at the USPS general mail facility in Erie, Pa.

The unnamed postman told O’Keefe that he heard about the voter fraud scheme accidentally when he was preparing his mail for delivery and spotted Postmaster Rob Weisenbach with Darrell Locke, one of the supervisors.

"A lot of the stuff that's going on behind-the-scenes, like what I'm talking about them doing at the PO [post office]," he acknowledged. "I don't think—I wasn't supposed to hear that—I was one of the last carriers in the building. I don't even think he realized I was still there."

On Wednesday morning, while he was casing his route, the worker witnessed the postmaster pull one of the supervisors to the side as he listened in, overhearing that "they messed up yesterday."

"He told the supervisor they had postmarked one of the ballots for the fourth [of November], instead of the third [Election Day], because they were supposed to put them for third," he continued, speculating the ballot's origin from the city of Pittsburgh.

O'Keefe asked the source why the postmaster was frantic. "Because he's—honest to God—he's actually a Trump hater," the worker fired back.

At the Erie site, the source invoked his fellow colleagues who were upset by news of the stamping-rollback plot, noting a mixture of Republicans and conservatives as a libertarian himself who voted for President Donald Trump.

"We have some liberals in the office, but a lot of us are sitting there thinking: 'Why are we still picking up ballots?'" he questioned.

As of Thursday, two days following the general election, the internal mandate, "no doubt," still stands. "They still want us to pick up ballots tomorrow,” he went on. "They told us that they had a specific meeting, a safety meeting, where one of the higher-ups [Weisenbach and his assistant] basically told us to make sure we pick up the ballots and give them directly to the supervisor."

To date, the USPS insider observed ballots stacked on a supervisor’s desk. "There were like four or five sitting on the supervisor's desk, ready to be—go through whatever they were going to do." The action is carried out after all the carriers leave, taken care of afterwards, he suspected.

When O'Keefe contacted Weisenbach via phone call for fair comment, relaying the insider's allegation, the postmaster asserted to the Project Veritas chief executive officer that the charge was "untrue" and that he does not "talk to reporters like you."

"Okay, but we've had multiple sources say that this is happening," O'Keefe pressed, then Weisenbach disconnected the call.

O'Keefe pointed out that the whistleblower's story lines up with a similar tale told by another postal service employee to Project Veritas in Traverse City, Michigan. "This revelation is a shock to every American, who put their trust in the post office this election," O’Keefe said.

"We were told that a postal supervisor in Michigan ordered all his mail carriers in their morning huddle to set aside all late ballots for a special bin," O’Keefe recounted an eerie parallel. "Those ballots would then be taken to another facility, where they would be hand-postmarked for Nov. 3 and then, expressed to the ballot collection site."