Violence has broken out on the streets of Portland this afternoon as Antifa and right-wing groups came face-to-face, with Antifa assaulting numerous people.The Proud Boys and Antifa held simultaneous demonstrations in Portland’s downtown. 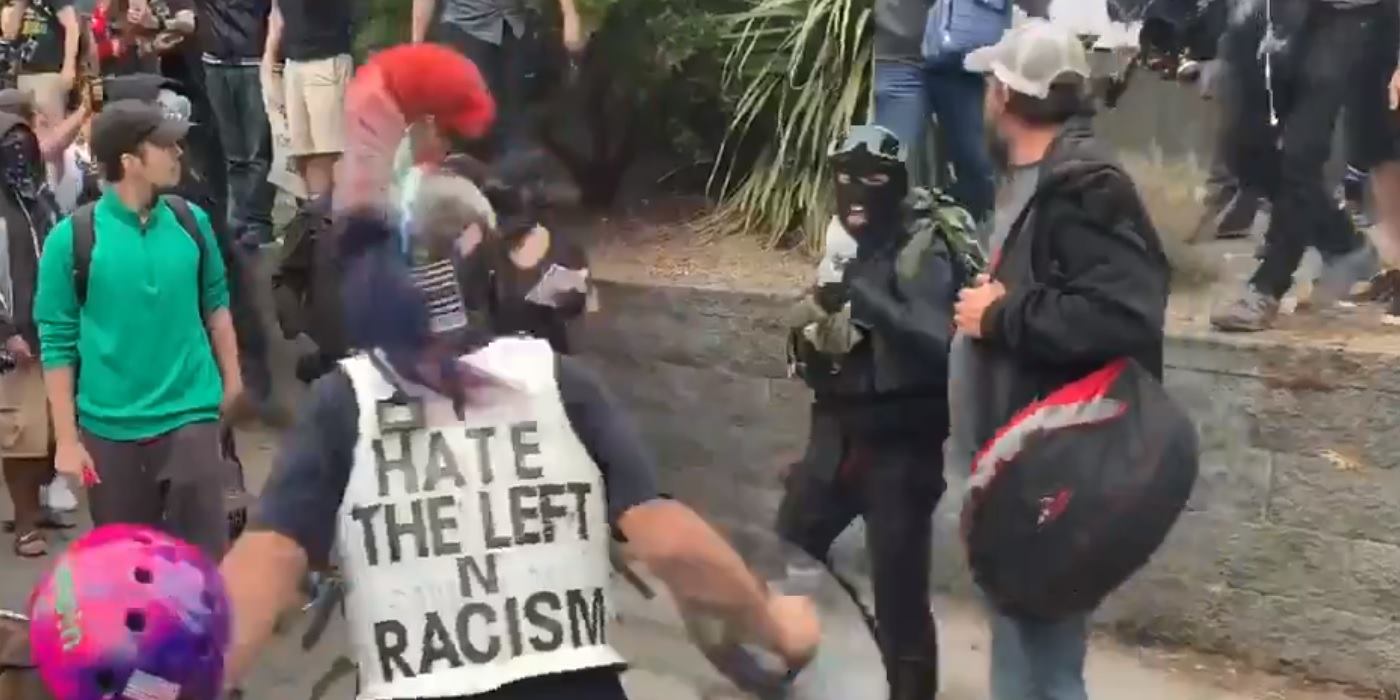 Violence has broken out on the streets of Portland this afternoon as Antifa and right-wing groups came face-to-face, with Antifa assaulting numerous people.

Our reporter was in the streets and captured dramatic footage.

In one clip, an older man was assaulted by Antifa and his American flag was ripped out of his hands.

In another, a man claiming to be just taking pictures and with no political affiliation was allegedly assaulted with an unknown substance in his face.

Another video shows a man and a young girl being forcibly expunged from the event. The man, wearing a helmet and carrying a small shield, was chased away by the roaming Antifa mob, along with the young girl.

Another video shows what appears to be more Antifa mobsters chasing and damaging school buses.

Another video shows an Antifa member attempting to take away a M.A.G.A. hat from someone in the crowd. A tense situation breaks out between one Antifa member, and another counter-protester.

In another clip, a mob chases down a man in a blue hat and a fight with weapons ensues.

The police declared a civil disturbance and attempted to enforce an order to disperse, but were unsuccessful and had to retreat.

As police retreated, Antifa took over the intersection of SW Park Avenue and Yamhill Street and started a block party. With pure chaos on the street, a cyclist had swerve to avoid an Antifa person on a scooter and was seriously injured.