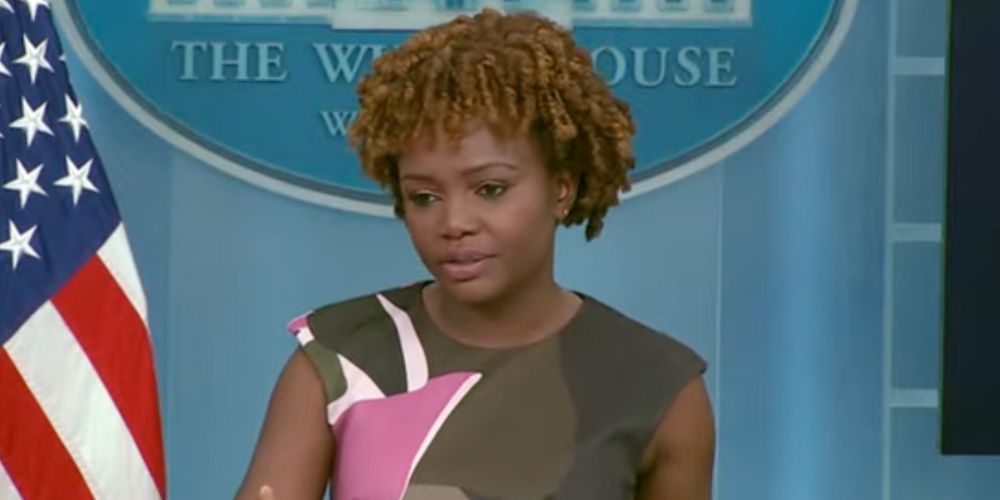 In response to one reporter’s question, Jean-Pierre said, "No, the president was not briefed, was not aware of it. No, no one at the White House was given a heads up. No, that did not happen."

In a follow-up question, the reporter asked whether the White House was concerned that the Department of Justice carried out "politically motivated prosecution."

"I can say that President Biden has been unequivocal since the campaign, he believes in the rule of law, in the independence of the Justice Department investigations, that those investigations should be free from political influence, and he has held that commitment as president."

Jean-Pierre also noted a comment made by the president on January 7, 2021 when he nominated Merrick Garland to be Attorney General.

"We need to restore the honor, the integrity of the independence of the Department of Justice in this nation that has been so badly damaged, and so many former leaders of that department in both parties have so testified and stated that I want to be clear to those who lead this department who you will serve. You won't work for me. You are not the President or the Vice President's lawyer. Your loyalty is not to me. It's to the law, the Constitution, the people of this nation, to guarantee justice," Biden said at the time.

The press conference comes just one day after Trump’s Mar-a-Lago residence was raided by over 30 FBI agents.

Agents were reportedly focused on materials that Trump had brought to the residence, which reportedly included pages of classified materials, including 15 boxes of materials requested to be returned by officials at the National Archives.

"These are dark times for our Nation, as my beautiful home, Mar-A-Lago in Palm Beach, Florida, is currently under siege, raided, and occupied by a large group of FBI agents," Trump said in a statement following the Monday morning raid. "Nothing like this has ever happened to a President of the United States before."