According to the town of Slave Lake, 650 High Level residents have already registered at the reception centre. Officials have yet to update via Twitter, though one is expected at 9:30 AM, MDT. 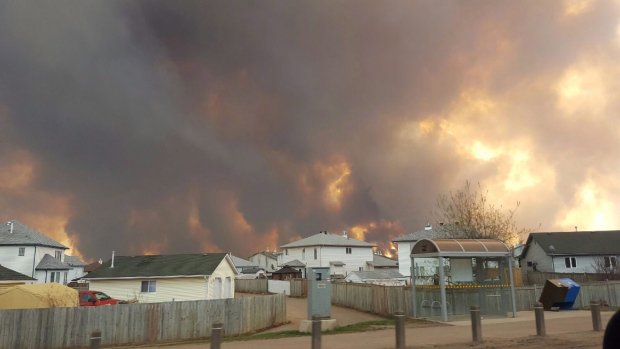 Wildfires continue to roll through parts of Northern Alberta, with flames beginning to make their way to the town of High Level, forcing their population of around 4000 to evacuate their homes in order to remain safe. They have been directed to communities hundreds of kilometres south.

According to the town of Slave Lake, 650 High Level residents have already registered at the reception centre. Officials have yet to update via Twitter, though one is expected at 9:30 AM, MDT.

Alberta Premier Jason Kenney released a video via Twitter with updates regarding how the government is taking action.

“I’m here at the provincial operation centre, which is where the government of Alberta, along with federal agencies, coordinate responses to emergencies such as the wildfires that are happening right now at four locations in Northwestern Alberta,” stated Kenney alongside the Minister of Municipal Affairs Kaycee Kaycee Madu, as well as Devin Dreeshen, the Minister of Agriculture and Forestry.

The community of Bushe River was also forced to evacuate, as ordered by Chief and Council of the Dene Tha First Nation.

With dry and windy conditions expected to continue, the fire will most likely continue to grow, as it has already tripled in size over the last 24 hours.

A fire ban in Northern Alberta is already implemented, with fire permits also being suspended. Fire danger in that part of the province, along with parts of neighbouring Saskatchewan, is considered extreme or very high with seven “out of control” fires currently burning in the area.

“We’ve been responding to this fire for several days now, the extreme conditions are really difficult to work in and safety factors have limited our access to the fire in any real meaningful way,” said Alberta Wildfire incident commander Scott Elliot in a conference Monday.

With an air quality advisory in effect, those with breathing conditions have been urged to stay indoors and find well ventilated places, including those in Yellowknife and the Northwest Territories.