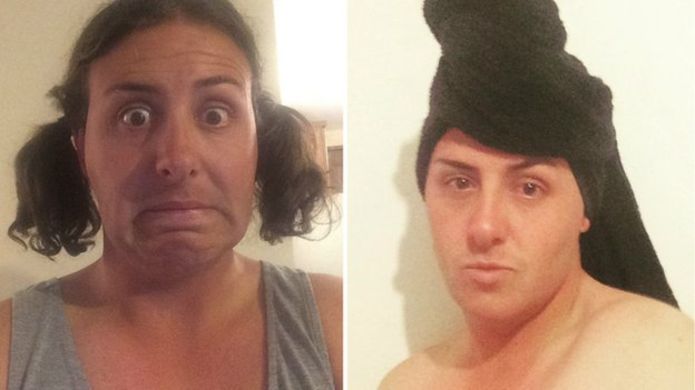 It has long been agreed that athletes should not use performance enhancers like steroids. What hasn’t been discussed is the similar effect of transgender athletes who, biologically, have the natural equivalent of steroid enhancers without having consumed any drugs.

A recent BBC article, celebrating the accomplishments of Kelly Morgan in the sport of rugby, focuses on the social advances that Ms. Morgan has accomplished and glosses over the question of biological disadvantages she brought to the sport.

Ms. Morgan’s history, as described in the article, includes mention of an injury sustained prior to transitioning to the opposite gender. According to the BBC, “injury ended that initial involvement with the sport but, after a decade wrestling with gender identity and transitioning to female, Kelly is back playing—and loving it.”

Given that physical injury almost ended Kelly Morgan’s rugby future whilst playing against other opponents with male bodies, the question of what risk Morgan’s biologically male features pose to the biologically female bodies of her opponents is woefully under examined.

In the article Morgan states “I don’t think I’ll ever get used to hormones.”

It is admitted that Morgan stands out on the field at nearly 6’ tall and physically noticeable as different than her teammates. The BBC recounts a time that Morgan “folded an opponent ‘like a deckchair’” shortly after recounting Morgan’s own physical injury whilst playing the sport with men.

Kelly Morgan confesses that she feels “guilty” but that doesn’t stop her from endangering natal females in the very physical sport of rugby.

Morgan also seems comfortable being nicknamed “Beast” by her teammates now that she is playing female rugby.

The founder of Morgan’s team “jokes” that things will be great as long as they “can stop [Morgan] injuring players in training.” As such, Morgan’s newfound success at the sport is apparently not just a physical danger to women on opposing teams.

The details of the connection between Morgan’s injury whilst playing with males and subsequent transition to playing rugby as a female are woefully under explored by the BBC article.

When the BBC tells us “Some days are good, some days are bad, but at the end of the day can you really exclude people?” they fail to explain what they mean by “bad.”

Athletes tend to have shorter time spans in their careers by virtue of the physical demands on their bodies. Exposure to a greater risk of physical harm is a serious area of inquiry when we are being asked to accept athletes who, by virtue of biology, have the biological equivalent of steroids affecting the way they engage physically on the field.

While Kelly Morgan has the right to identify as whichever gender she chooses, there is yet to be a reckoning in terms of how Morgan is different than a biological female who would be disqualified for taking steroids or chemically altering her physical composition in order to compete.

Given Morgan’s own history of personal injury, I’m sure she would agree that rugby is a dangerous sport even when all other factors are considered equal.

While her teammates are obviously glad to have the advantage of Ms. Morgan on the field with them, I wonder if the women who are injured will receive the same empathy.