"He wants me to attack him, but he wanted me to pull the punch so I don't hurt him, give him a bruise." 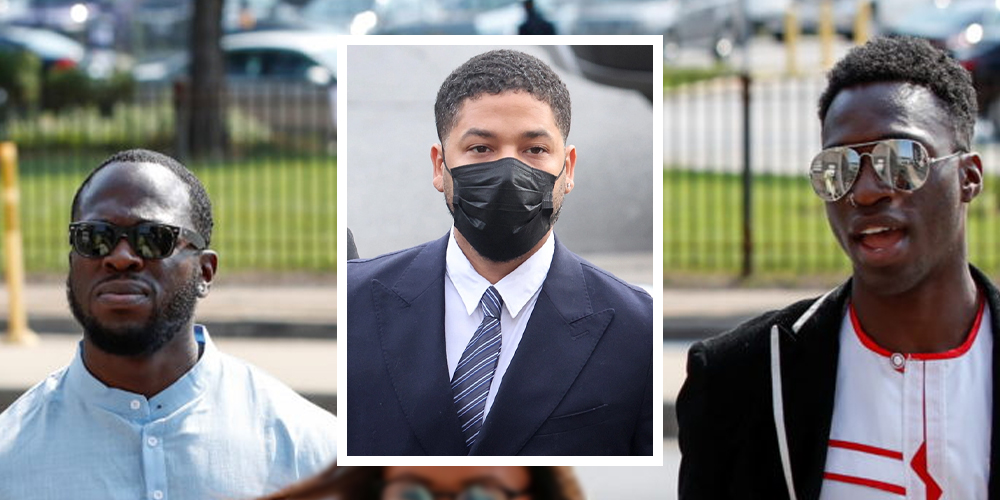 Abimbola Osundairo took the stand today to say Jussie Smollett recruited both him and his brother Olabinjo to stage an assault during a cold wintery Chicago morning.

On January 29, 2019, Jussie Smollett first claimed that he was beaten up by two racists in a targeted hate crime attack after picking up a Subway sandwich. In the weeks that followed an investigation was launched but fell apart after fellow "Empire" extras the Osundairo brothers came to the forefront of authority’s attention.

It amounted to the six counts of disorderly conduct Smollett now faces. Today the court learned about how there were plans for a "dry run" practice days beforehand.

CNN described the brother’s testimony on Wednesday as Jussie Smollett laying the setup on January 25 of that year. "He explained he wanted me to fake beat him up," Abimbola said on the stand.

Megan Crepeau of the Chicago Tribune gives a play by play of the testimony. Her round-up mentions the fact Abimbola says he was Smollett’s "dealer" for drugs.

While confused as to why Smollett wanted to get beaten up, Abimbola eventually agreed to the scheme on the fact he felt "indebted" to the actor and could further his own career by helping out.

That’s how Olabinjo Osundairo got roped in, too. Abimbola says he and Smollett went back to the Osundairo house, and Olabinjo joined them in the car with the pair to discuss plans.

The "attack" was originally supposed to be on January 28, 2019 but Smollett's flight was delayed.

"We went over the details of what he wanted us to say and do," Abimbola described to the jury. This apparently included the racial slurs, homophobic remarks, as well as mentioning Smollett’s work on the TV show Empire while also bringing up "MAGA" country to try and connect a motive involving Donald Trump.

It also included direct action: "He wants me to attack him, but he wanted me to pull the punch so I don't hurt him, give him a bruise," topped off with the bleach and noose.