"And although my brother was suffering from mental health issues we were confident that he would not harm the hostages," he wrote. 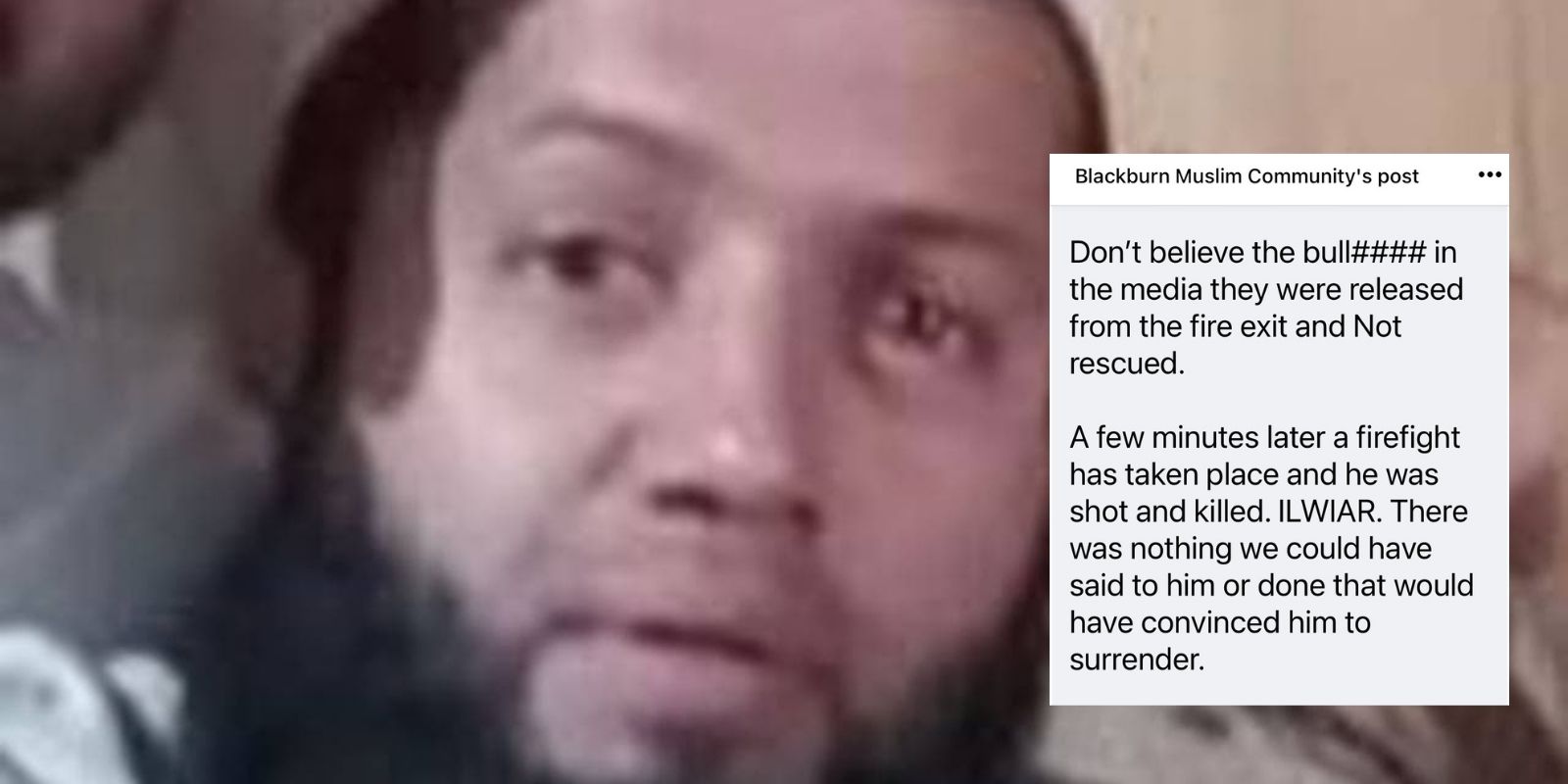 Following the hours-long Texas synagogue hostage situation on Saturday that led to the shooting of the hostage-taker, the deceased suspect's purported brother has released a statement revealing alleged details about the standoff.

Gulbar Akram, who states that he is the brother of the now-deceased Texas synagogue hostage-taker identified as Malik Faisal Akram, issued a social media statement through the Blackburn Muslim Community in the United Kingdom.

"May the Almighty forgive all his sins and bless him with the highest ranks of Paradise. May Allah give strength and patience to his loved ones in dealing with their loss," the Blackburn Muslim Community wrote on Facebook.

In a follow-up statement posted by the Muslim group, Gulbar condemned the attack and expressed the family's devastation over Akram's actions and death.

"We are absolutely devastated as a family," Gulbar wrote in the Facebook message. "We can't say much now as their is an ongoing FBI investigation."

"We would like to say that we as a family do not condone any of his actions and would like to sincerely apologize wholeheartedly to all the victims involved in the unfortunate incident," Gulbar continued. Gulbar wrote that he had spent the last night in the UK "liaising with Faisal...the negotiators, FBI etc."

"And although my brother was suffering from mental health issues we were confident that he would not harm the hostages," Gulbar added.

Gulbar noted that at around 3am UK time, the first person was released from the Congregation Beth Israel synagogue hostage situation in Colleyville, Texas, with the remaining three people being freed, all unharmed, an hour later.

"Don't believe the bull#### in the media they were released from the fire exit and Not rescued," Gulbar insisted. He continued on to state that a few minutes later, "a firefight has taken place and he was shot and killed."

"There was nothing we could have said to him or done that would have convinced him to surrender," Gulbar wrote.

Gulbar noted that the FBI would be arriving in the UK later that day, and the family did not have much else to share at the moment.

"Obviously our priority will be to get him back to the UK for his Funeral prayers although we have been warned it could take weeks," Gulbar wrote.

"We would also like to add that any attack on any human being be it a Jew, Christian or Muslim etc is wrong and should always be condemned," Gulbar declared. "It is absolutely inexcusable for a Muslim to attack a Jew or for any Jew to attack a Muslim, Christian, Hindu vice versa etc etc."

Concluding the written Facebook statement, Gulbar pleaded for the public to stop calling and texting the family regarding Saturday's news and he asked for others to "show some restraint and respect at such a difficult time for our family especially after losing our younger sibling barely 3 months ago."