The latest in science denial comes in the form of a video from Teen Vogue. “5 Misconceptions About Sex and Gender.” 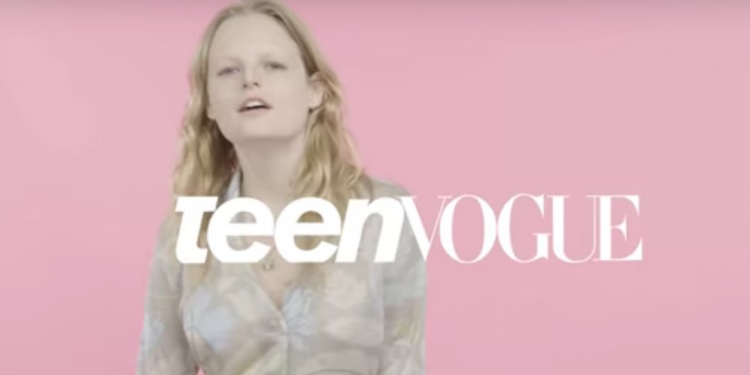 The latest in science denial comes in the form of a video from Teen Vogue: “5 Misconceptions About Sex and Gender.” It features intersex individuals, trans activists, and a bioethicist who go through and “debunk” the idea that a binary metric for male and female has a scientific basis in reality. They argue that parts of the body are assigned meaning based on social, political and ideological factors.

The initial claim is that the human body is not exclusively male or female and that intersex people are proof of this. But how large is this group of people? An intersex woman featured in the video claims 1.7% of the population. However this percentage is misleading. I spoke with evolutionary biologist Dr Colin Wright, who explains that the 1.7% cited takes into account a number of conditions that are not intersex in a clinically relevant sense. These conditions  include Klinefelter Syndrome, in which an individual  is born with an extra X chromosome, and Turner Syndrome, which occurs when an individual is born with a missing or damaged X chromosome.  Despite these differences, individuals with either condition clearly present as either male or  female.  This figure is reduced to 0.02% when we make the definition of intersex have clinical relevance. Clinical relevance typically requires  anatomical ambiguity or a mismatch between genotypic and phenotypic presentation.

This is a fraction of the population. It seems as though the definition of biological sex is being rewritten in order to include the exception to the rule, to make intersex people part of the norm. However as the video plays out, trans people are brought into the mix. At this point the goal of Teen Vogue becomes clear; state that sex is not binary, show some intersex folks telling some inflated statistics, and move on to trans people categorizing trans men as biological males and trans women as biological females. Intersex people exist, therefore biological sex does not, and your biology can be whatever sex you want it to be.

I asked Dr Wright for a very specific definition of biological sex. From what I have heard, I imagined it would have to do with what specific gametes an individual produces; sperm or eggs. At the population level the categories of male and female are indeed separated by gametes, confirms Wright. But when looking at the individual level, (which we are for the purposes of this article), he explains,“We need to account for the fact that errors of development often occur, and that not every individual will produce functional gametes. That doesn’t mean that these individuals don’t have a sex. They do, since they have proceeded to some degree or totally down one of two developmental pathways. There are also many reasons why someone may not produce gametes. They can be pre-pubertal; they can have a developmental disorder that results in sterility; they can lose their capability in some sort of accident or medical condition; or, in women, they can be postmenopausal. These individuals still belong to one of two sexes. If your car breaks down or runs out of gas, it’s still a car.”

Wanting to simplify, I asked if a working definition of biological sex could be described as “potential” for gamete production, coupled with chromosomes (XX/XY), and secondary sex characteristics taken together as a whole?His answer? It’s complicated. It turns out that the Y chromosome typically contains the male determining SRY gene. However, there are rare cases where this gene is transferred to the X chromosome, resulting in an XX individual with a functional SRY gene that is male. The SRY gene will then promote regular male development even though it is found on an X chromosome. Again this is extremely rare, but worth noting to help us understand the complexity we are dealing with. Wright’s concluding thoughts on the matter are as follows: “At the end of the day, whether someone is a male or female has to do with which developmental pathway have they started down regarding primary sexual characteristics (i.e. reproductive anatomy)”

Is the definition of biological sex complicated when you delve deep into the scientific definition? To quote the video, “simple binary breaks down when you really get into the nitty gritty.” Yes, after my interview with Dr Wright, I think it is fair to say that it is complex. But a complicated explanation of biological sex does not negate the truth that sex is ultimately binary,  determined in utero and how an individual progresses along one of two developmental pathways.

I have no problem with trans people. I believe they want to live their lives, and find a place in this world. I simply do not think that denying the science of biological sex, and indoctrinating teens in the process, will bring the closure they seek. It seems that those who inhabit the space of gender studies believe that redefining certain definitions will solve the world’s sexism and bigotry problems.

Yes, if everything truly is socially constructed, and we rewrite these assigned meanings as those in the video suggest, people could alter these negative attitudes.  But we are biologically evolved beings, products of nature as well as nurture. Words matter, but only to a point. A rose by any other name is still a biological rose with immutable characteristics that cannot be altered with a simple definition change.