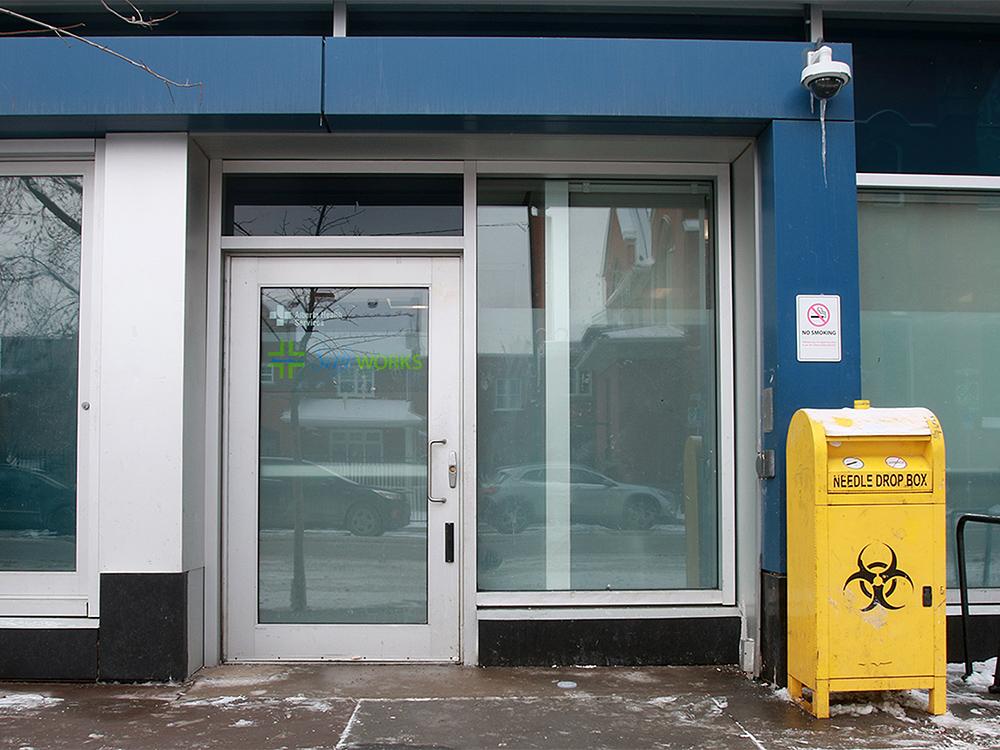 In 2019 from the months of April to June there were 883 calls to police from members of the public within a 250-metre zone near the Safeworks consumption site.

The call frequency is 40 percent higher than the three year average for that same quarter.

Beltline residents have started finding themselves feeling unsafe with the addition of the Chumir Centre, which has intensified quite recently.

Not only are more calls coming in about suspicious persons, and unwanted guests hanging out in the area, but violent, property, and drug-related crimes have all spiked since the centre started operating 24/7 on April 30th, 2018.

Some of the problems lie in the goals for the centre as outlined in the Alberta Health Services’ website. At the outset, the operation of safe injection sites focused solely on sustaining the health of drug users, not the safety of the surrounding community as well. In pursuit of one noble goal, those living in the Beltline have ended up paying the hidden social costs.

Calgary police Chief Mark Neufeld said that reports had shown a correlation between the usage of the Chumir Health Centre and calls to police. Neufeld said that approximately every two unique safe consumption site users generate one call to the police per quarter.

In the July 2019 report on the Chumir centre, it showed that unique visitors to the centre was sitting around 1,179 persons for a total of 5,942 visits during that month.

What may also be of distress to many Beltline residents is how relentless the use of the centre seems to be throughout the day. For 22 hours of the day, use of the site remains consistent at two to three percent of daily users showing up per hour, with only 4 am and 5 am seeing fewer visits.

Residence and business owners near the Chumir centre have also noticed several issues with the execution of the centre.

Although the safe injection site does provide clean needles and a safety net of medical professionals for users to safely use drugs, those living in the areas have noticed a sharp increase in the amount of drug paraphernalia littered on the streets.

Business owners have even started restricting drug users from entering their stores as many have had to call in the police to deal with increased levels of public disturbances from those under the influence.

Much of the issues may be originating from the observation that the safe consumption site has attracted drug sales in the Beltline whether the buyers intend to use them in the Chumir Centre or not. That will also bring more crime with it, in general, as increased in one form of crime will perpetuate others as well.

AHS rules forbid drug sales in the centre, and that seems to be unchangeable as the province cannot directly support the sale of drugs (especially when the quality is often dubious), so the illegal activity will remain spread out nearby the centre.

Just yesterday Alberta’s Associate Minister of Mental Health, Jason Luan, announced that a committee review of the “social and economic impacts” of safe consumption sites will take place around the province including mobile sites.

The review will not take into account the effects that the safe consumption sites have for their users, as Luan said the UCP already has “wealths of information supporting the merits of supervised consumption sites…”, but the main concern now is what adverse effects have come along with the positive, previously ignored.

Overall areas like the Beltline have found it necessary to take a more traditional approach to drug issues in the meantime. Calgary city council just this past March voted for one million extra in police funding to cover the Beltline area.

With early results being so weak it seems unlikely Calgary or Alberta more generally will be in a hurry to open another safe consumption site.