California Attorney General Rob Bonta has let the founders of Black Lives Matter know that they will be held personally responsible if they fail to provide missing financial records. 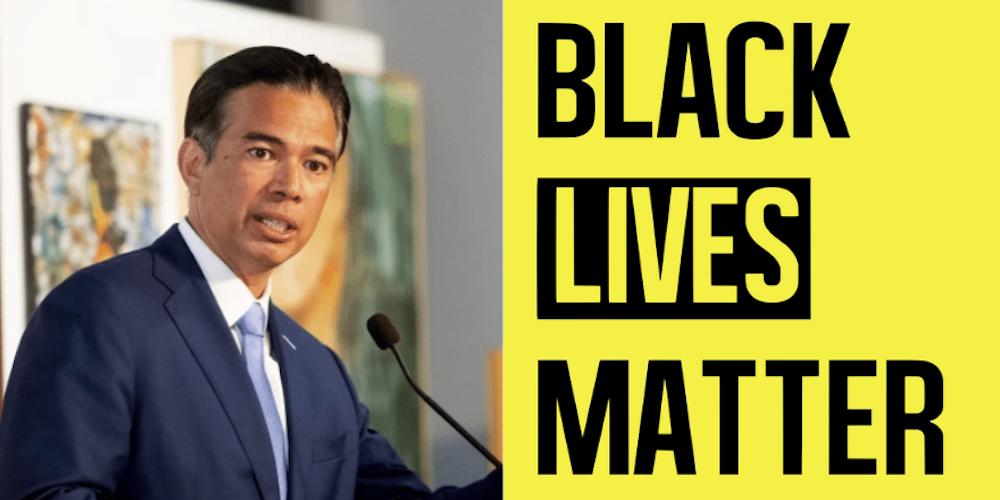 California Attorney General Rob Bonta has let the founders of Black Lives Matter Global Network Foundation know that they will be held personally responsible if they fail to provide missing financial records.

On Tuesday, the Washington Examiner obtained and published a letter from California Attorney General Rob Bonta in which he warns that "the organization BLACK LIVES MATTER GLOBAL NETWORK FOUNDATION, INC. is delinquent with The Registry of Charitable Trusts for failing to submit required annual report(s)." for the 2020 tax year.

Reports show that in 2020 BLM raised $90 million, spent $8.4 million, and distributed $21.7 million in grants to 33 other organizations, closing the year with a balance of $60 million.

According to the Bonta's letter, BLM is currently prohibited from "soliciting or disbursing charitable funds" in California until it submits its 2020 Form 990 along with its financial records. The letter adds that the Black Lives Matter Global Network Foundation, BLM's legal representatives, faces fines for "each month or partial month for which the report(s) are delinquent."

"Charitable assets cannot be used to pay these avoidable costs," Bonta warns. "Accordingly, directors, trustees, officers and return preparers responsible for failure to timely file the above-described report(s) are personally liable for payment of all penalties, interest and other costs incurred to restore exempt status."

In other words, if the correct actions are not taken, BLM's founders will be held legally responsible. Who exactly that would be has caused debate in and of itself, seeing as the group's founder, Patrisse Cullors, resigned in May 2021, and the activists she chose to replace her never took the job.

BLM has long been criticized for its lack of financial transparency; Cullors herself left the organization over public outcry regarding her personal finances.