Gavin Newson asked for the nuclear power plant to remain operational as his state faces an energy crisis in the wake of the premature transition to "green energy." 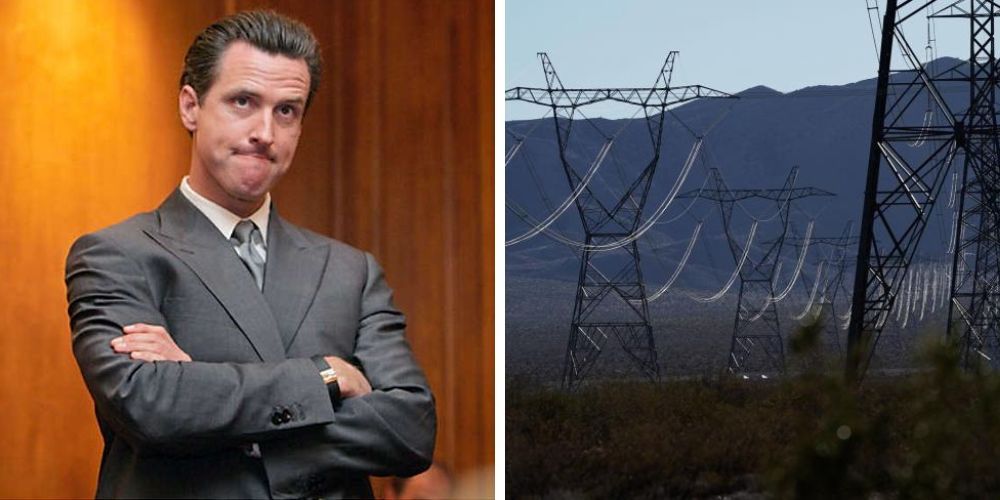 As California experiences consistent power shortages and strain on its power grid, the state assembly voted early Thursday morning to keep the the Diablo Canyon nuclear plant online until at least 2030 so it can provide energy to the Golden State.

According to local news, Suzanne Hosn, a spokeswoman for the Pacific Gas & Electric, the company that operates the plant, said, "PG&E is committed to California’s clean energy future. As a regulated utility, we follow the energy policies of the state. Early this morning, the legislature voted to seek to extend operations at Diablo Canyon Power Plant five years beyond its current license period to ensure statewide electric grid reliability as California transitions toward its clean energy future. This legislation has been sent to the governor."

As Elex Michaelson for Fox LA reports, the governor of California, Gavin Newson, asked for the nuclear power plant to remain operational and is expected to sign the legislation, which passed in by a significant bipartisan 67-3 vote.

"We remain focused on continuing to provide reliable, low-cost, carbon-free energy to the people of California, while safely operating one of the top performing plants in the country," Hosn added.

In May, Newsom asked the federal government for a $6 billion bailout to rescue the ailing facility in order to extend its life. The plant, which is responsible for around six percent of all power consumed by Californians, is in dire need of renovations such as earthquake-proofing and other environmental upgrades.

The news of the nuclear power plant's life extension comes as California has tried to move to renewable energy before either its infrastructure, technology, or power demands could warrant the move. In May, company executives who own electrical grids began making dire pronouncements about potential mass shortages over plans to replace fossil-fuel and nuclear plants with "renewable" sources.

The California Energy Commission recently issued a report predicting widespread power outages in the state of California for the next five years at the minimum. California's power grid operator warned Monday that excessive heat this week will "stress the energy grid" and called on Californians for "voluntary conservation" of energy. As of Thursday Pacific Gas & Electric Company has on the top of their website a Flex Alert telling consumers to conserve energy between 4 - 6 pm to help prevent power outages.

On April 24, 2021, the California Energy Commission crowed that it was able to generate 95 percent of its total power from renewable sources. However, the grid was not statewide and didn't supply power to Los Angeles, the state’s largest city. Further, the power wasn't entirely renewable, relied on natural gas, and lasted seconds before its return to the use of fossil fuels.

Additionally, Pacific Gas & Electric Company’s aging power lines have caused more than 1,500 California wildfires in the last decade, including the deadliest blaze in the Golden State's history.  Last week, Democrat Governor Gavin Newsom, announced a ban on the sale of gas-powered cars in the state by 2035. The electric vehicles which would, in theory, replace internal combustion engines would put an increased burden on the already strained power grid.