Originally born Hansel Marion DeBartolo III, Sexy Vegan, who had his name legally changed and tattooed across his forehead, has been charged with one count of sexual assault on an animal and posting the video on social media. 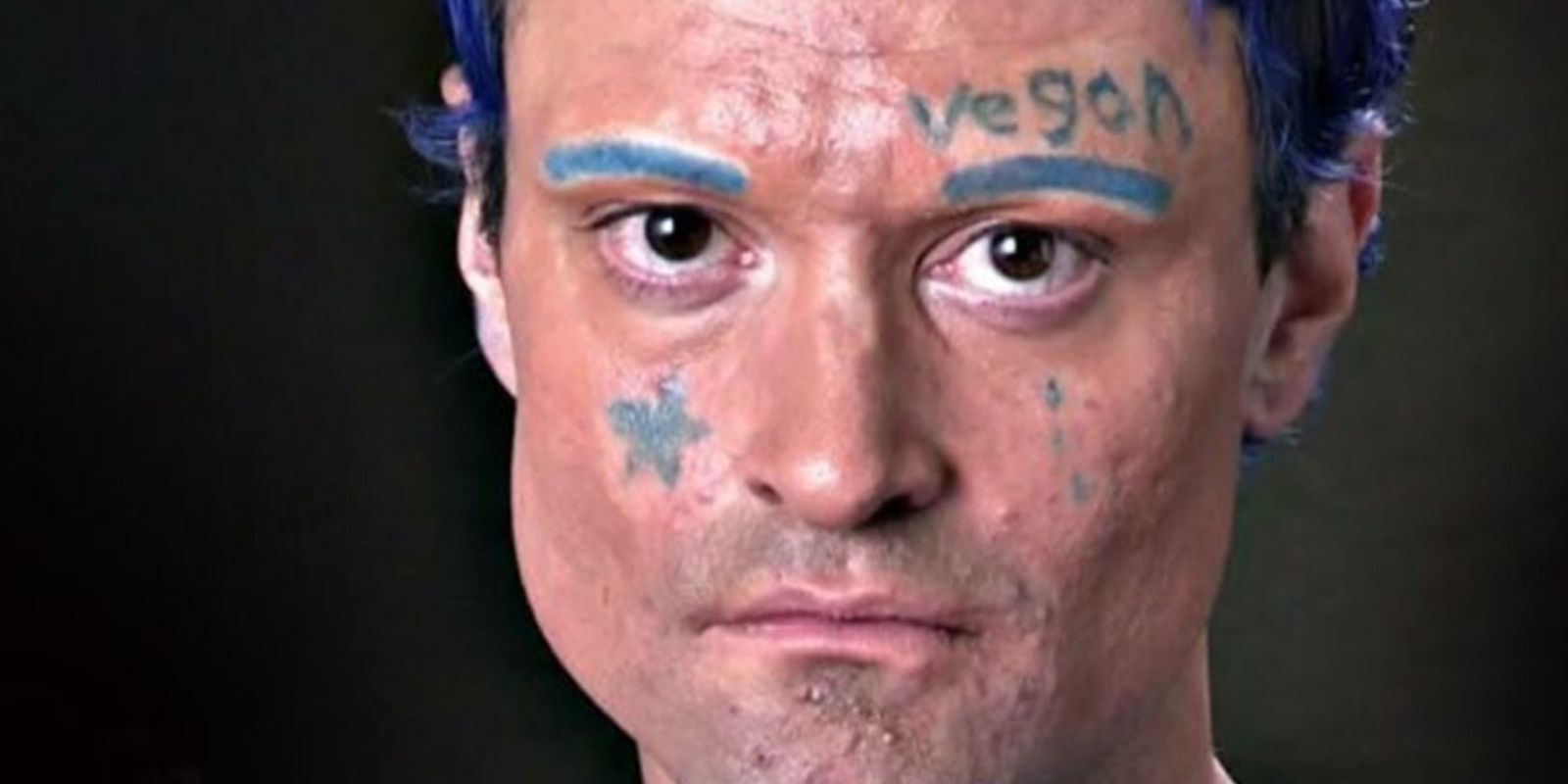 A 37-year-old vegan Instagram influencer with over 900,000 followers has been arrested after “Detectives found a video on social media of the suspect performing an act of bestiality,” according to Shirley Miller of the Santa Clarita Valley Sheriff’s Office

Originally born Hansel Marion DeBartolo III, Sexy Vegan, who had his name legally changed and had it tattooed across his forehead, has been charged with one count of sexual assault on an animal and posting the video on social media.

Vegan’s original claim to fame came after his bizarre appearance on the Dr. Phil Show, where he advocated killing animals for meat should be made illegal. He was eventually kicked off the show after moonwalking  and “for using excessive profanity,” according to his website, and trying to moonwalk across the stage.

Vegan also posted his views, which are often made as graphic as possible, to his Instagram and blog, accompanied with a picture of himself posed with his pit bull.

Readers should be warned that going through his Instagram account may be disturbing, as Vegan feels compelled to post videos of himself which border on amateur pornography.

Following his arrest in September, two dogs, including the pit bull he made the video with, were removed by animal control, Miller said.

Vegan has also claimed that he will be running for president, though he’s yet to fill out any paperwork, according to the Sun UK.

Vegan’s original court date was set for October 7, and a second court date has been set for November 5 for a pretrial. He faces one year in prison if convicted.