Can Canadian student unions be fixed?

Student unions across the country have faced expense and harassment scandals. It’s time they had more accountability. 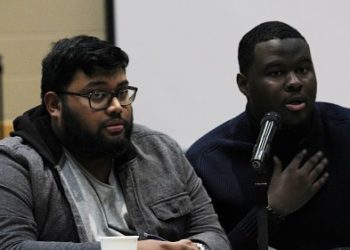 The Ryerson Students’ Union (RSU) is going through a scandal, and it highlights how toxic Canadian student unions have become.

Pereira resigned before the Board of Directors could vote on her impeachment, citing the work environment in the RSU as “an unhealthy and damaging one.” Agyemang was not impeached. Onuh was impeached for missed hours and claims of harassment found by the board’s oversight committee.

This is the second scandal for the RSU this year. Former president Ram Ganesh was impeached pending an investigation into overspending on the student union’s credit card account. The credit card statement, which was addressed to Ganesh, included questionable exorbitant purchases at LCBO locations, a shisha lounge and restaurants.

This is not exclusively a Ryerson problem, as there are student unions across Canada that have gone through similar scandals.

Former University of Toronto Students’ Union (UTSU) executive director Sandy Hudson allegedly engaged in civil fraud by paying herself a $247,726.40 severance package in 2015. The UTSU sued Hudson, and they settled out of court in 2017, with Hudson repaying some of the funds but not admitting to theft or fraud.

Former Student Federation of the University of Ottawa president Rizki Rachiq resigned amid fraud allegations in 2018. Rachiq was accused of spending student fees on a $950 pair of eyeglasses from Albert Optical, $609.37 at Louis Vuitton, $498.30 at J’aime Coiffure, a hair salon in Montreal, and $338.28 at Audi Lauzon.

The people involved with these student unions are failing to represent students. Nevertheless, it is possible to fix student unions if significant changes are made.

One way that student unions can improve is implementing more internal controls. The RSU credit card scandal was able to happen because that year’s executive team fired the general manager their first day in office. The RSU did not hire another general manager, which permitted them to use the student union credit card how they wanted, without any oversight.

Internal controls that could have prevented this incident include prohibiting the executive team from firing their general manager or allowing them to, but requiring universities to conduct audits of their student unions’ credit cards until one is hired. These internal controls would ensure that executives are not wasting students’ money.

Most students are not concerned about a non-Indigenous student singing “Colors of the Wind”. Average students would love it if student unions prioritized issues that mattered to them.

Students might not be voting because they have become apathetic to student politics. Candidates in student politics elections have to listen to the issues students are facing, and they have to promise to assist them. Students might be incentivized to vote if they feel their leaders care about them and will address their issues.

Student politics across Canada right now is rife with abuse, but that can be changed. Student leaders have to remember that student unions should be serving students, not themselves.