"The United States has no closer or more reliable ally than Australia – our nations have been together for a long time," Biden said during the meeting. 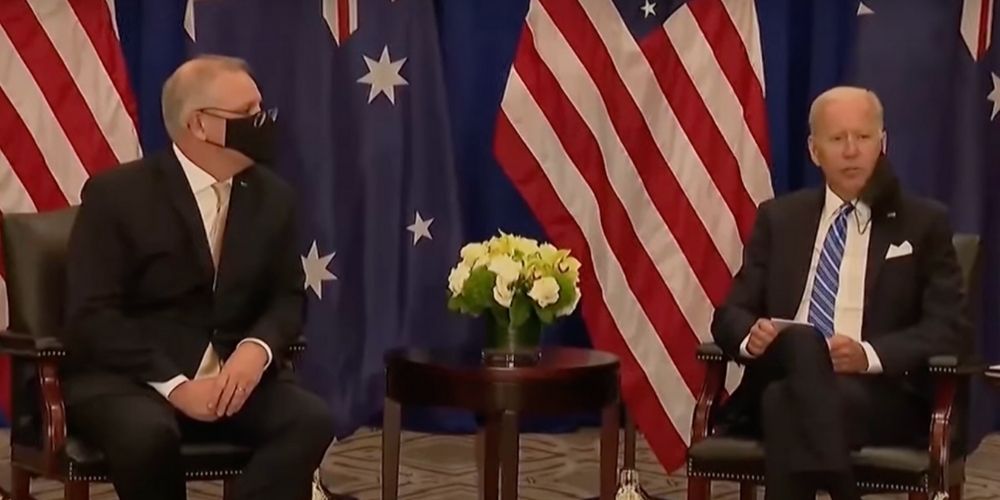 Following the announcement of the AUKUS partnership between the US, UK, and Australia, the United States has declared that Australia is its closest and most reliable ally, leaving Canada, historically its closest ally both figuratively and literally, out of the conversation.

Following President Joe Biden's address to the United Nations General Assembly, he sat down with Prime Minister Scott Morrison in their first one-on-one meeting, according to the Sydney Morning Herald.

"The United States has no closer or more reliable ally than Australia – our nations have been together for a long time," Biden said during the meeting.

"The United States and Australia are working in lockstep on the challenges that I laid out today in my speech to the United Nations: ending COVID, addressing the climate crisis, defending democracy and shaping the rules of the road for the 21st century," Biden continued.

"Because I mean what I said: we are at an inflection point. Things are changing. We can grasp the change and deal with it or be left behind, all of us," he added.

The comment fails to regard that Canada has historically been America's closest ally, brought about in part by the two countries shared border, the longest in the world.

According to the US Department of State: "The United States and Canada share the world's longest international border, 5,525 miles with 120 land ports-of-entry, and our bilateral relationship is one of the closest and most extensive."

The two countries are involved in numerous trade agreements and alliances, both with just each other, and other allied countries around the world.