Canada must become a more confident and ruthless country 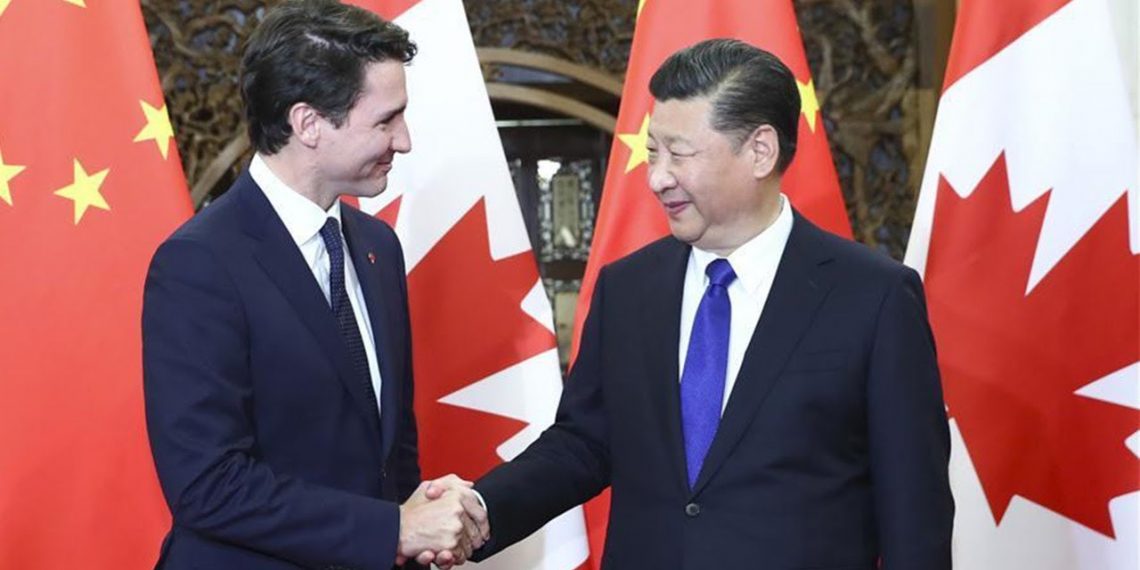 We live in a dangerous and often brutal world. Being nice and hoping for the best isn’t enough.

There was perhaps a moment in history when playing nice and being naïve was alright for Canada.

When the Soviet Union fell and democratic capitalism was temporarily unchallenged, we could get by with an attitude that all would turn out well so long as we kept our heads down and went along with the prevailing winds.

But that’s not the world we live in anymore.

Authoritarian regimes are emboldened, particularly Communist China which is seeking to supplant the West as the dominant economic, military, and civilizational power.

Our core values are under threat, often from politicians within our own country who are trying to wipe out any sense of a unified Canadian identity and want us to embrace “post-nationalism,” which will only lead to a massive escalation of divisive identity politics.

Foreign money is entering our country to an unprecedented degree, flowing to activist groups that seek to wipe out our energy industry and divide our country, even as immense amounts of oil are imported from countries like Saudi Arabia that are diametrically opposed to what Canada stands for.

In the North, our hold over our own territorial claims is basically meaningless, as we lack the ability to defend our land, even as China and particularly Russia build up their military power in the Arctic region.

We have been insulted, bullied, and humiliated by the government of Communist China, with our Prime Minister and Foreign Minister not even able to get a phone call with their counterparts in the authoritarian state. Our citizens are being held under obviously false pretenses, other incarcerated Canadians have been sentenced to death, and our exports of Canola are being blocked for “quality” concerns that just happened to pop up during the diplomatic dispute.

Saudi Arabia and other regimes laugh at us, knowing they can say whatever they want about us and they’ll face no consequences.

Unfortunately, the response of our “leaders” to all of these problems has illustrated the profound and endemic weakness of Canada’s political elites.

It’s taken us a decade to even get close to buying replacement jets for the military—and we still don’t have them.

Our national values are being undermined from within.

Our energy industry is being attacked by our own federal government, leading to an unprecedented risk of the country breaking up.

Our response to China has been to simply roll over and play dead, with our leaders refusing to retaliate, meekly begging for more meetings, and now we watch as “elder statesman” Jean Chretien says we should just give in to China and release Meng Wanzhou—which would simply vindicate China’s mistreatment of our nation.

The weakness in the response to the challenges we face comes down to two things:

While many Canadians are proud of our nation and have a sense of street-smarts, our leaders and those in the ruling class generally do not.

But all of that requires the confidence to believe that Canada is actually worth defending, and it requires the ruthlessness to realize that sometimes being nice isn’t enough, and that striking back at opponents is the only way to garner respect and prevent further provocations down the road.

Instead, our PM is accusing us of being a genocidal country.

However, the reality is that we cannot ensure our prosperity and our safety if we remain obsessed with being “humble” and “nice” at all times.

Everything has a time and a place.

But when others take advantage of that humility and niceness (as Communist China is doing right now), then we must be able to show confidence and ruthlessness to send a message that we won’t be pushed around.

We live in a world that can often be a terrible and brutal place, and wishing otherwise won’t make it so.

No country is guaranteed the right to survive or thrive, it must be earned, defended, and in some cases even fought for.

Canada is not magically exempted from that fact, and we must be prepared to respond to the world as it is and do what it takes to protect our country