“Emergency Room wait times” should be an oxymoron, but they aren’t. The contrast between the American system and the Canadian system are very, very notable. 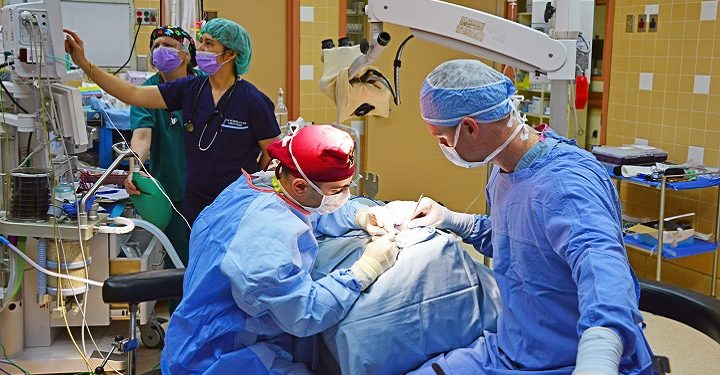 How often have you heard in public discourse that Canada’s health care system is “free?” It’s a commonly used arguing point by Americans who want to implement a similar system in their own country.

While the tax payer funded system does have its pros, it absolutely comes with its cons as well. As anyone who has ever waited in an Emergency Room can tell you, the wait times are nothing to scoff at.

“Emergency Room wait times” should be an oxymoron, but they aren’t. The contrast between the American system and the Canadian system are very, very notable.

Living in Windsor, I would often go to concerts in Detroit. During one particularly rowdy concert, another attendee elbowed me incredibly hard in the face, causing my bottom row of teeth to near go through my bottom lip.

The bleeding was intense, and I immediately knew it required medical attention. I was at St. Andrew’s hall, bleeding like an insane person, and took a cab to the nearest hospital.

Once I arrived in the hospital, they patted be down and I went through a metal detector, where I was then guided to an emergency room. I was then asked which insurance I had, to which I said I was Canadian, and didn’t the necessary info.

They treated me as necessary, eventually needing dissolvable sutures to be sown into my bottom lip. It did cost a pretty penny, that is not a word of a lie. But it took less than two hours, and I was good as new, and could have even caught the end of the show if I had felt like it.

When the healthcare system fails, Canadians need to step up for one another

Who knows how long a similar injury would have taken to be treated in Canada. It’s all speculation. But for those who need more than just a quick fix up in the E.R. and are instead looking for real answers to serious problems, this can quickly become a nightmare.

There are no shortage of GoFundMe’s looking for assistance from the public.

A more recent story involves a man named Kevin, who for the last two years has been failed by his own country’s healthcare system.

According to the GoFundMe, Kevin experienced extreme symptoms of an unknown disease for years. The pain would be so debilitating, that it isolated him from friends and family, leaving him unable to complete his University studies, and ultimately, sadly, suicidal.

His mother brought him to hospital after hospital in Canada, with every test coming back negative. With hope slipping away, the family went to the health care of our neighbours down south.

They embarked on their way to the U.S. of A, where they finally received answers. After paying a very large sum of cash to be scanned for various tests, they found that Kevin had Lyme disease.

Kevin had an incredible amount of problems with his nervous system, his eyes and brain being affected along the way. Disks in his back were bulging, and neural foramina narrowing, schmorl’s nods, all issues missed by Canadian doctors.

Now, this family is seeking help. You can find their GoFundMe here, and read the entire emotional story.

As much as we Canadians love to brag about our ‘free’ health care system, deep down we know it’s not really free. But how much are we actually paying for it?

A new analysis by the Fraser Institute has put a dollar figure on how much of our money actually goes towards funding our health caresystem.

Canada’s health care system has its serious flaws. When our system fails one of us, we should hope that our community would help us in our time of need.