"The government has brought in an extreme measure that should be reserved for national emergencies, a legal standard that has not been met." 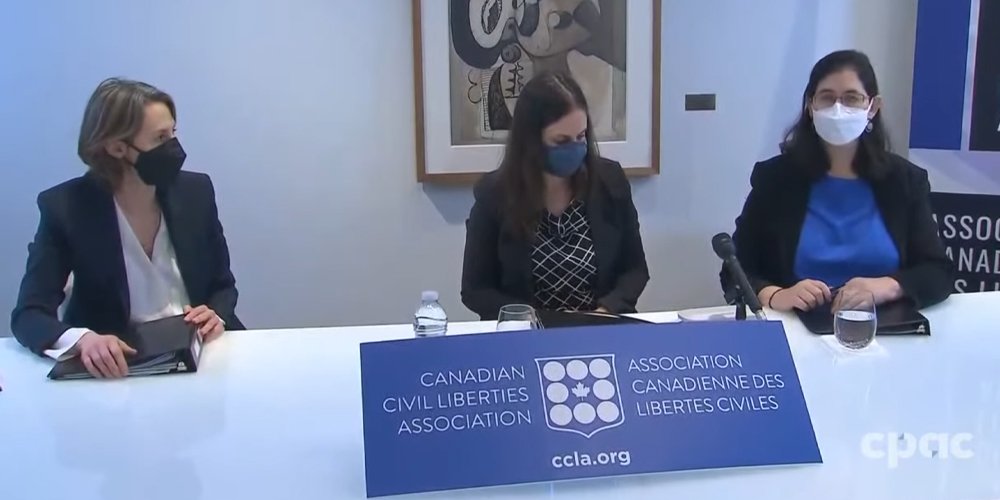 At a news conference by the association announcing their decision, they openly questioned if the current situation in Canada actually qualified as an immediate danger to the health and safety of its citizens. Early on Thursday, the Canadian Prime Minister described it as a last resort.

"The government has brought in an extreme measure that should be reserved for national emergencies, a legal standard that has not been met. Emergency powers cannot and must not be normalized," stated the group's executive director Noa Mendelsohn Aviv.

The Canadian Civil Liberties Association argues that police had enough authority and power to address protests and border blockades prior to the Emergencies Act. Furthermore, one of their main rebuttals is that the act is applied nationally, for what amounts to a situation largely centered within the Ottawa area.

Trudeau's reaction to the trucker convoy was to label the group a "fringe minority" that wasn’t worth his time to interact with. Then the PM denounced isolated incidents of bad behavior in the Ottawa area. After that he got parliament to disavow general bigotry, which Trudeau accused of being on display in the trucker convoy demonstrations.

But such efforts on the Prime Minister’s part didn’t convince the Ottawa demonstrators to give up.

"Local police across this country have cleared several highly disruptive border blockades and are successfully managing numerous other protesters in communities across the country, all without emergency powers," argued the group’s criminal justice director, Abby Deshman.

In essence, the Emergencies Act could not be debated because it was being implemented by law enforcement against peaceful protestors.

On Monday, Trudeau first announced he was taking the step of invoking Canada’s Emergencies Act to remove the ongoing trucker convoy protests in Ottawa. However, his stated reasoning behind the decision was that the act would address "illegal blockades," which referred to actions like the display seen blocking the Ambassador Bridge, which was cleared last weekend.

While the PM stopped short of calling in the military, the Emergencies Act has the power to forcibly compel tow truck companies who previously refused to assist Trudeau in removing vehicles, to now cooperate.

As for police actions in Ottawa, authorities on Thursday handed out leaflets demanding those regularly occupying the city public square to leave.

Other actions taken to quash the ongoing trucker convoy protests are the Canadian government cracking down on traditional bank accounts and crypto accounts of those believed to be supporters for the demonstrations.

Trudeau recently created a gaffe in his own parliament when he accused Jewish Conservative MP Melissa Lantsman of standing alongside Nazis amid a recent debate about the convoy protest.

One of the steps taken by Ottawa authorities today is warning pet owners attending the demonstration that if they’re "unable to care for your animal as a result of enforcement actions," the pets go into protective care for eight days. If the owner doesn’t arrange to do something for their animals in that time frame, they’ll be considered forfeit.