The Canadian economy is moving at a snail’s pace, being balanced by decent growth in some sectors and sharp declines in others, last weeks StatsCan report reveals. 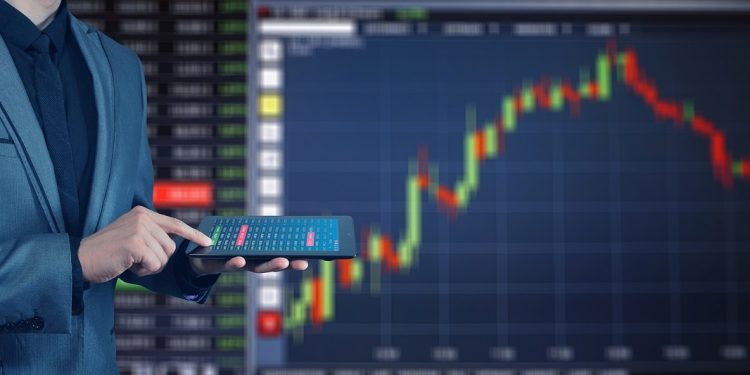 The Canadian economy is moving at a snail’s pace, being balanced by decent growth in some sectors and sharp declines in others, last weeks StatsCan report reveals.

On Friday Statistics Canada published their quarterly analysis on the economy, finding that in the first quarter of 2019 the Canadian economy was just barely keeping its head above water with a 0.1% growth rate.

“Higher consumer spending raised final domestic demand, which rebounded 0.8% after a 0.2% decline in the previous quarter.”

While there are some improvements since the last quarter, the report makes it clear that Canada has a long way to go to catch up to the United States in terms of economic growth.

“Expressed at an annualized rate, real GDP increased 0.4% in the first quarter. In comparison, real GDP in the United States grew 3.2%.”

Household consumption shot up 0.9%, or by about $10 billion, a fairly big increase compared to previous quarters.

At the same time, Canadian households put $3.6 billion less into their savings than in the previous quarter. This may be an indication that Canadians may have more expenses and cannot afford to put as much money away as before.

Overall investment activities continued to increase, but at a much slower rate than the quarter prior.

Non-farm businesses were also able to invest $16 billion into their inventories, a positive sign for business confidence.

For farms, Statistics Canada thought it noteworthy to point out that much of the growth in farm valuations came from cannabis stocks, which contributed a massive $1.7 billion to that sector.

Cannabis consumption was up 5.5% in the quarter.

Housing investment fell flat in the first quarter of 2019, with investment falling 1.6%, and new home constructions down 3.6%. On the positive side renovation investments were up 1.8%. This indicates that fewer people are buying and building homes, but more people are investing in their current properties.

There was a distressing decline in exports in the first quarter of 2019. Exports in this quarter dropped 1%, the first decline in six quarters. The bulk of the decline is centered in farm and fishing products (down a shocking 9.5%) and oil and crude bitumen (down 2.8%).

One explanation for steep export declines lies with Canada’s poor relationship with China, which has blocked certain Canadian exports like canola.

In total in the first quarter of 2019 Canada imported $13.1 billion more than it exported, compared to a trade surplus of around $6 billion the quarter before.

On the domestic side, most industries were able to report modest increases last quarter, this included the manufacturing, finance, and mining sectors.

Despite lowered exports, the energy sector saw its first overall increase in many months as oil and gas extraction grew by 3.3%. StatsCan attributes this to the lifting of production cuts ordered by Alberta’s government in January.

While promising, it does not signify a turnaround in the distressed industry. StatsCan also 3.9% decrease in “support activities” for oil and gas extraction, rigging and drilling both continued to decline, and overall pipeline capacity has not seen any increases.

Despite promising results coming from some sectors of the economy, overall the situation remains sluggish.

The economic measures presented by StatsCan do not indicate an upward trend, rather, little to no not may become the norm for the foreseeable future.

Even after posting massive deficits, the government has so far failed to significantly stimulate the economy.

Continued troubles in the energy sector and a difficult trade situation will continue to be a drain on the Canadian economy, and it remains unlikely that either issue will be resolved in the foreseeable future.