"Now he's going. We called him out," said one protester. 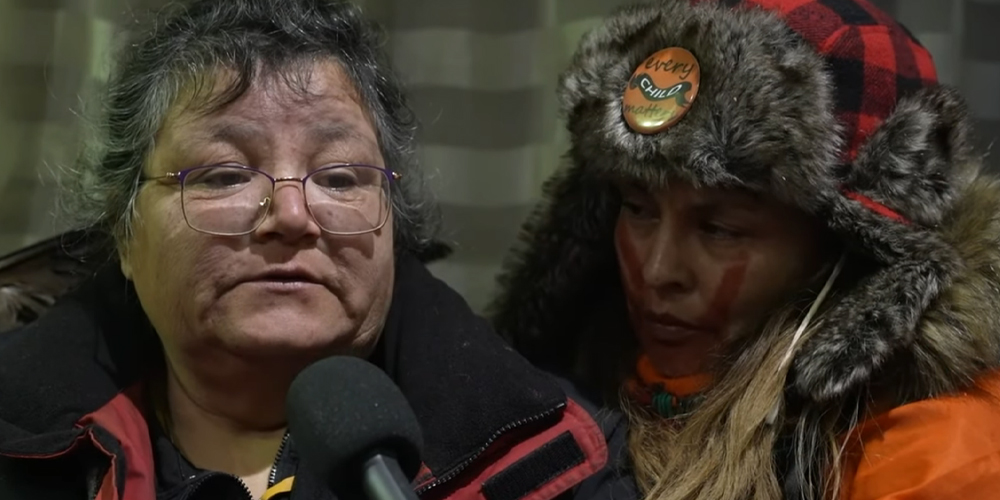 A new video posted to social media depicts the Freedom Convoy confronting a masked man with a Confederate flag, who has been the subject of the mainstream media over the weekend. According to the video, the Canadian trucker convoy protesters confront the man, who then fled the scene.

Legacy media has published multiple headlines suggesting the man with a Confederate flag is representative of the entire group.

This is evidently not the case. "Now he's going. We called him out. He knows. He's gonna hold his head in shame now," said one protester.

"Will CBC report that the plant with this flag was told to leave?" tweeted Human Events Daily host Jack Posobiec on Sunday afternoon.

Footage shot by The Post Millennial's Beth Baisch in Ottawa on Saturday shows blocks and blocks of trucks lining the streets. Protesters are marching through sub zero temperatures to express their anger at the Trudeau government.

Trucks stretched for several blocks as protesters continued to gather at Parliament Hill. Protesters brought signs, music, and an incredible cacophony of honking horns as they stood bundled in the snow against the cold.

The Post Millennial secured an exclusive interview with Indigenous activists who are participating in the convoy. "I'm a 60 year-old grandmother. I have two beautiful grandchildren and this is not the Canada I want to leave with them," said Linda Audette, an Indigenous woman from Sudbury, Ontario.