Canadians deserve to see the science behind COVID lockdowns

When asked directly to provide the specific medical and scientific authorities that might justify the violations of our Charter freedoms, governments simply stonewall. 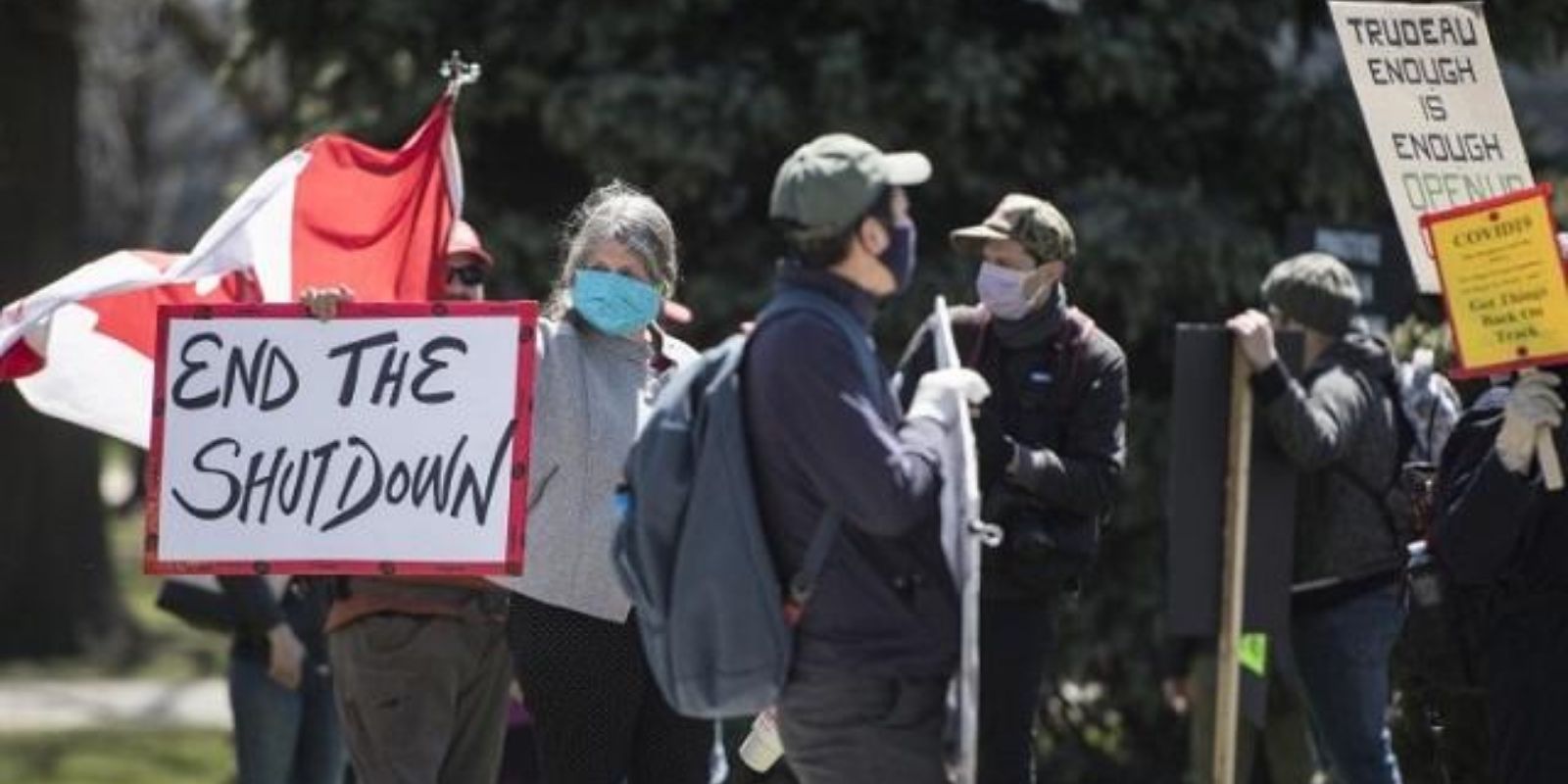 The Canadian Charter of Rights and Freedoms requires governments to justify demonstrably—with compelling evidence—any law, policy or health order that violates any of our fundamental freedoms to move, travel, associate, worship, assemble, and express ourselves. This very basic constitutional requirement has been ignored completely by governments at every level in the past 13 months.

Certainly, politicians and chief medical officers frequently use the words "science" and "evidence-based" public policy. But when asked directly to provide the specific medical and scientific authorities that might justify the violations of our Charter freedoms, governments simply stonewall.

For example, we've asked Canada's federal and provincial health ministers for the medical and scientific literature on which they rely to support their belief that healthy asymptomatic people are significant spreaders of the COVID virus. This question is crucial because lockdown restrictions are based on the belief that asymptomatic people threaten the very lives of their fellow citizens when they socialize, use gyms, eat together in restaurants, play team sports, and enjoy family get-togethers at special occasions like Christmas and Easter.

Yet governments have refused to provide the hard data. This is perhaps unsurprising: there is no requirement for public health officials to explain their orders to provincial legislatures, either.

Charter challenges to lockdowns in Alberta, BC, Saskatchewan and Manitoba will present courts with expert medical evidence and scientific reports showing that asymptomatic Canadians are not significant spreaders of the virus. Hence there is little if any medical or scientific basis for lockdown measures.

Governments use the same stonewalling techniques when asked to provide specific information about other important issues, like the full extent of lockdown harms, whether lockdowns have actually saved lives, and whether governments are still relying on the demonstrably inaccurate predictions made by Dr. Neil Ferguson of Imperial College in March of 2020.

While governments are now being compelled to produce the science in court, it is a disgrace that they were not already providing the science to the public. Instead, in the past 13 months, governments have relied on speculation, unproven theories, and news conferences with clever soundbites to create and perpetuate fear. Governments should respect the Charter and comply with it, even when not being sued in court. Whether governments are being sued or not, they should base their policies on science, and they should show that science to the public.

One particularly shameful example of this evidence-avoidance arises in Alberta, where the government is prosecuting Pastor James Coates of Grace Life Church near Edmonton for holding normal church services. Pastor Coates spent one month and six days in jail. On April 7 his church was physically barricaded by police and health authorities, which erected a double fence to block all access to the church.

After jailing Pastor Coates in mid-February, the Alberta government was notified that his trial was set for May 3, 2021. The trial was scheduled to take place almost 14 months after Charter-violating lockdowns were first imposed in March of 2020.

While a temporary two-week lockdown may have been justified in March of 2020, even without extensive medical or scientific support at that time, there is no excuse for continuing to destroy lives and livelihoods indefinitely, unless there is compelling evidence that lockdowns are in fact saving lives, and that they do more good than harm.

If Alberta's lockdowns are indeed "scientific" and "evidence-based," then the government would already have its medical evidence assembled and lined up, ready to present to court at any time. It should not take longer than a week or two to prepare for court and present the scientific evidence to support lockdowns, if persuasive evidence actually exists.

The Alberta government supposedly has enough medical and scientific evidence to shut down hundreds of small businesses, pushing many of them into bankruptcy, to cancel over 20,000 medically necessary surgeries, and to force Albertans into a third lockdown. But when asked to produce this medical and scientific evidence at trial, the Alberta government declares itself incapable of doing so.

Think about this the next time you hear a politician or chief medical officer utter the words "science" or "evidence-based public policy" at a news conference.

Lawyer John Carpay is president of the Justice Centre for Constitutional Freedoms, which is suing the federal government and provincial governments to end lockdowns measures.