Capitol Police Officer Harry Dunn told CNN's Don Lemon that the January 6 riot was a "bigger threat to America" than the BLM and Antifa riots Americans endured in 2020. 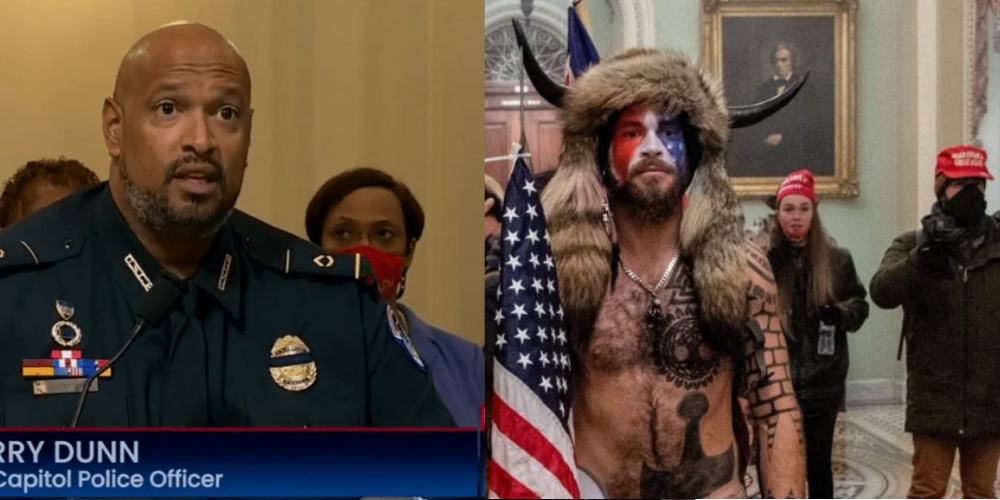 Capitol Police Officer Harry Dunn told CNN's Don Lemon that the January 6 riot was a "bigger threat to America" than the BLM and Antifa riots Americans endured in 2020.

Dunn said "I said this and I continue to stand by it, that as long as people are emboldened by people in power, then they’re still a threat for things to happen. That’s why we need to make sure we’re prepared and we continue to shoot down all rhetoric that could possibly lead to violence."

"Like I say, it’s OK to have different opinions. But don’t fight like hell or march down to the Capitol — first amendment protest is what this country is about, first amendment, the Constitution. That’s the democracy of it. But once you start attacking people, attacking things, then that’s wrong."

While Harry Dunn, who testified at Pelosi's Jan 6 committee, claimed on CNN that BLM's rioting was wrong, he had previously defended it in August 2020. In a tweet, he suggested that Jacob Blake was murdered and the Kenosha riot was an "appropriate response."