"Clearly there are some members of our department who feel their oath is to Donald Trump and not to the Constitution," Fanone said on Monday. 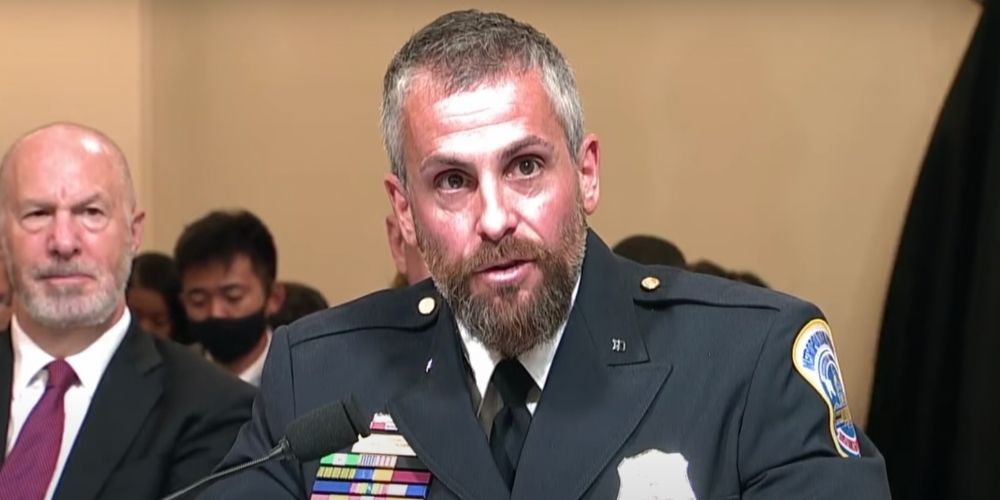 DC Metropolitan Police officer Michael Fanone, who was attacked during the Jan. 6 riot at the Capitol in Washington, DC, has handed in his resignation and will become a law enforcement commentator at CNN following his departure.

41-year-old Fanone resigned Monday, slamming his fellow police officers within the department by stating that many of their allegiances are with former President Donald Trump, not the Constitution, according to the Daily Mail.

"Clearly there are some members of our department who feel their oath is to Donald Trump and not to the Constitution," Fanone said on Monday. He added that there are only two current DC police officers he still would consider friends.

Fanone was attacked by Jan. 6 rioters, suffering a concussion, falling unconscious, and his heart briefly stopped beating, according to The Washington Post.

He returned to work in September after around eight months of recuperation from his injuries. His badge and radio were stripped of him by a rioter, while others reportedly attempted to grab his firearm while shouting "Kill him with his own gun!" Fanone testified about the experience in July.

"What makes the struggle harder and more painful is to know so many of my fellow citizens, including so many of the people I put my life at risk to defend, are downplaying or outright denying what happened," said Fanone.

"I feel like I went to hell and back to protect them and the people in this room. But too many are now telling me that hell doesn't exist, or that hell actually wasn't that bad," he continued. "The indifference show to my colleagues is disgraceful!" shouted Fanone, emphasizing his point by banging his hand on the table.

Fanone will leave on Dec. 31 after 20 years on the force, which is reportedly five years short of being able to retire with benefits.

Fanone often appeared on national TV, most frequently on CNN. His appearances on the news channel did not impress his colleagues, who reportedly then mocked him in internal chat rooms, Fanone told The Washington Post.

An early version of this story identified Fanone as a Capitol Police officer. The report has been updated to reflect that Fanone is a Metropolitan Police Department officer in DC.