Cardi B drugged and robbed men, then blamed them

Cardi B admitted to drugging and robbing men she lured back her to hotel rooms. 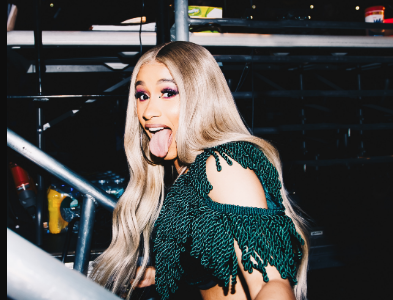 Rapper Cardi B took to Instagram to opine on a previously published rant in which the singer admitted to drugging and robbing men she lured back to her hotel rooms. As usual, Twitter was not interested in her nuanced self reflections, and users started the hashtag #SurvivingCardiB to express their fury.

“I’m apart [sic] of a hip hop culture where you can talk about the wrong things you had to do to get where you are.” Cardi B goes on to speculate, in her elegant soliloquy, that her male victims were “conscious willing and aware” that they were being robbed. It is unclear what steps the rapper took to ascertain the consent of her victims or how the drugged men could be viewed as conscious.

The rapper claims the video that resurfaced was recorded three years ago, possibly pursuing the avenue that the statute of limitations has expired. The motive for the admission at the time was a frustration with people claiming the singer hadn’t earned her fame and money and Cardi B wanted to set the record straight. The video ends with the young woman sobbing that nobody wanted to help her.

Cardi B has been open about her history as a stripper prior to getting a recording contract. Aside from her Grammy Award-winning music, she is known for offering brief opinions on everything from “how make a guy trick” to being comfortable calling herself a “hoe.” Her current success is not based on a stellar reputation and as a whole, Cardi B has used controversy to build her audience and shape her career.

The singer says she did what she needed to do to survive, but some people have pointed out the hypocrisy in how quickly a man would have lost his career if he admitted to drugging and robbing women in his past.

Feminist scholar Christina Hoff Sommers drew attention to the disparity in how men and women are treated in the #MeToo era and suggested people of both genders should be given “a path to redemption and forgiveness.”

Social media users have shown a much greater interest in generating outrage than in engaging in rational thought, but it is possible that we will all reach a point of outrage fatigue soon.

For Cardi B, the latest scandal comes on the heels of a defamation lawsuit she filed against two bloggers for alleging, among other things, that the rapper consumed drugs during her pregnancy. An admission that she drugged people in the past will not be helpful to the singer’s court case especially if the live Instagram video existed prior to their speculation.

As a celebrity and public figure, Cardi B must prove actual malice to win her defamation lawsuit and given the number of unsavoury things the rapper has publicly said about herself, the “bad girl” image she has crafted may backfire.

While some of the reckless behaviour Cardi B has engaged in has contributed to her fame and fortune, there should be a point where honest conversation takes place about the fact that women can be abusive to men. Being a rapper doesn’t excuse criminal behaviour.

Victimizing men with the pretense of a sexual encounter should not become a clever lyric in the glorification of bad behaviour as long as the perpetrator was a woman. But a question Cardi B might try to answer is: Why does she think men would be conscious, willing, and aware that she was going to drug and rob them in those hotel rooms??