WATCH: CBC embarrasses themselves while trying to combat coronavirus 'misinformation'

The CBC wants to put an end to misinformation during the coronavirus era. If only they weren’t so prolific themselves when it comes to spreading misinformation. 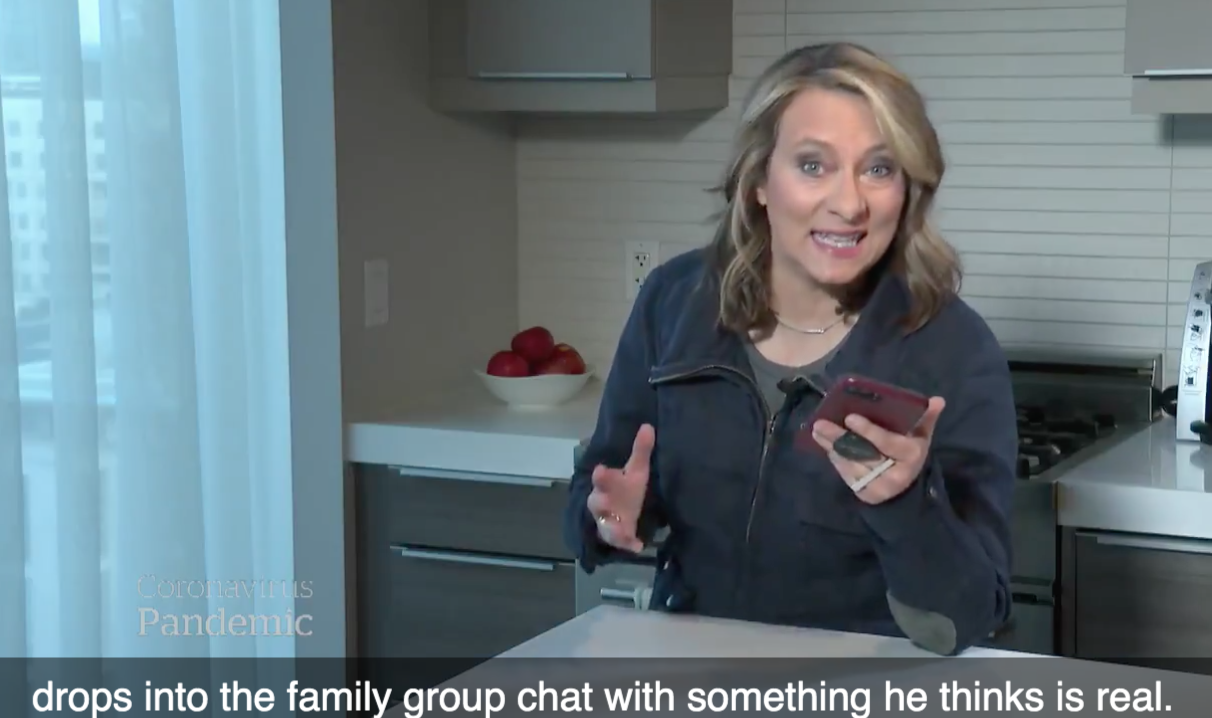 The CBC wants to put an end to misinformation during the coronavirus era. If only they weren’t so prolific themselves when it comes to spreading misinformation.

It has released a remake of those videos on how to talk to your crazy uncle at Thanksgiving, the coronavirus version, on how to disabuse your “conspiracy theorist” relatives of their right to share links on group family chats.

The thing is, in the instructional video, they actually use a dubious example of their own “credible” reporting.

The scenario proposed is that you are chatting with the fam on a group chat, and someone shares something that could be classified by the government as misinformation. The question as to how you should know this is misinformation is answered by saying that it comes from an unknown source, a “site you’ve never heard of.” And the answer provided is to share more credible information, from the CBC perhaps.

“So what do you do when this happens,” says a very helpful self-isolated journalist at her kitchen island, “a loved one, let’s say it’s your dad, drops into the family group chat with something he thinks is real. It’s something about China manufacturing the coronavirus. There’s a link to a site you’ve never heard of with a message calling it ‘scary stuff.’ So what do you do with this? Do you ignore it? Do you call him out with a message saying how ridiculous you think this is?”

She calls another self-isolated talking head, Claire Wardle, executive director of non-for-profit media watch group First Draft. “If you do that to your dad, you’ve actually shamed him,” Wardle says. “What happens is that your dad doubles down on his view, and he dismisses what you’re saying. Use language that’s empathetic and to say we’re all in this together. Rather than ‘you’re wrong I’m right here are the facts.”

“Sending more context could also be a good move, but don’t drown them in evidence. Maybe send an article from a legitimate source including credible scientists on why the virus wasn’t manufactured. Conspiracies can be just as infectious, just as dangerous as a virus, so you have to guard against them,” Wardle says.

This is where the self-own happens: on the screen, the example CBC gives as a “legitimate source” is (surprise) themselves. The story? A March 24 article called “No, the new coronavirus was not created in a lab.” While the prevailing narrative at the time was that the virus came from a Wuhan wet market, it has since been established that the coronavirus, while a natural virus, very likely emerged from a Wuhan virology lab.

Sourced from a New York Times piece, CBC’s article smears Republican Senator Tom Cotton as “boosting the rumour that China had created the virus in a high-security lab in Wuhan, the epicentre of the COVID-19 outbreak.”

In fact, as evidenced below, what Cotton actually did was warn the world that China had been suppressing information about coronavirus and that its origin was most likely a lab in Wuhan and not the wet market as the Chinese government claimed.

He said: “The burden of proof right now is on the Chinese Communist Party and the ambassador of China and his fellow communists. They have lied consistently about this virus from the beginning so we should not take their word at face value. And no, we don’t want to have a public panic. But we do want to err on the side of caution, when so much is unknown, and that’s consistently what China has not done. But consistently lying to its own people and the world they have created a situation where we have not been able to take the preventative measures that we might have and we have not been able to err on the side of caution.”

Cotton was 100% right. Cotton said that China lied and that the virus may have come from a lab. For this, CBC labelled him a conspiracy theorist. Would the CBC have recommended that you tell dear old dad not to spread videos of Arizona Senator Tom Cotton speaking about the potential origins of the virus? Would this have been considered misinformation and been blocked, suppressed, or censored. What then of the US investigation into the lab-based origins of the coronavirus that was launched this week? Do US intelligence operations qualify as misinformation too? Perhaps they do, according to the CBC.

When it comes to who you should trust during the pandemic, you should never forget this.

Both China and the WHO have consistently downplayed the seriousness of the coronavirus, and the CBC has been in lockstep. The CBC utters talking points in line with the Trudeau government, whose “authoritative” information has come directly from the WHO. Thus, the CBC repeated claims that the public should not wear masks to protect themselves from COVID-19 and that halting travel from hotspots would not help.

Even at the best of times, the CBC has trouble meeting basic journalistic standards.

The CBC gets over $1 billion annually from the Trudeau government, which recently launched its own initiative to combat misinformation in the media. This is the same administration that has proposed licensing for media outlets, so that those who are in the government’s favour can be bolstered over those who are not.

They don’t only want to do this themselves, they want to enlist the public to toe the Trudeau line on misinformation. Never mind the fact that what was considered misinformation about the coronavirus a month ago, from face masks, to travel restrictions, to location of origin, is now proving to be true.