The local government had previously voted in favor of other measures to modernize the monument to Canada’s first Prime Minister. 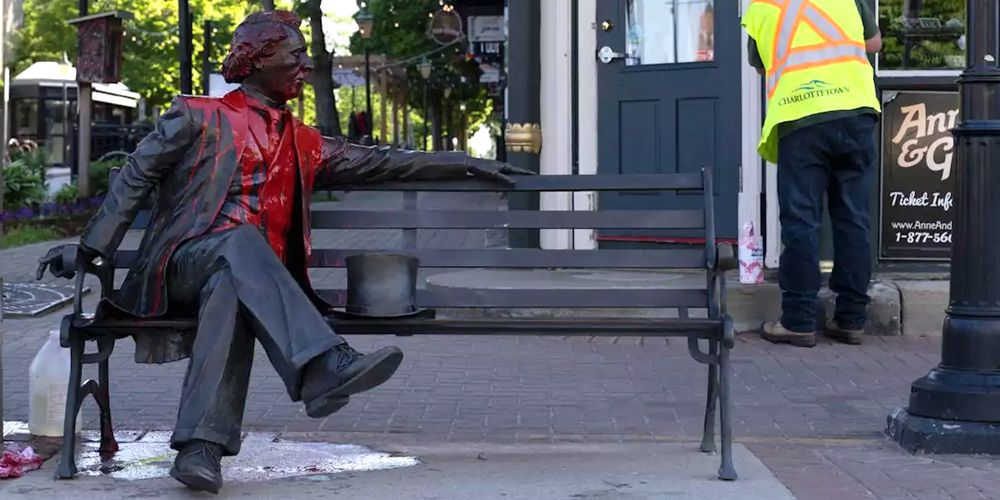 Charlottetown at first wanted to make revisions to the signage surrounding the statue, and even optioned for adding an indigenous statue to better reflect representation.

But today the Macdonald statue must go, the city council has voted.

According to CTV, Councilor Greg Rivard was a driving force in favor of the statue's removal.

"This is my history of Sir John A. right now: When I walk by that statue, as I did today, it reminds me of 215 children who were found last week. That's what it means to me right now,” he remarked.

In a press release, Rivard elaborated: "Nothing short of removing the statue permanently should be considered acceptable, so I am glad to see Council affirm this with tonight's vote, and I apologize to those who were hurt in this process."

This comes in the heels of the discovery of what’s believed to be the remains of 215 children on the other side of the country, over in Kamloops, B.C.

A demonstration earlier today at the Charlottetown statue involved 215 shoes being placed around it by activists.

Sir John A. Macdonald may have been Canada’s first Prime Minister. But his views on differences between human races, as far as 1880s standards go, fly in the politically correct public face of 2021.

According to Mayor Phillip Brown he got a flood of emails from locals. "I've received emails like I've never received from residents before. They just said, 'This has really struck a chord with me. Please do something now.'"

Whether or not the legacy of Macdonald fits last year's statue toppling trend in the US and UK is up for interpretation.

John A. Macdonald became a target for vandalism because activists blame the historical figure for perpetuating an institutionalized kind of atrocity. He introduced the Canadian Indian residential school system to the country by the 1880s, for what the PM was quoted as saying was designed to take Canadian Indian children away from their families in an effort to assimilate them.

In the years prior to this most recent discovery, the local Indigenous people told stories about how the kids vanished without a trace after leaving home to go to school.

The Globe & Mail says the Kamloops school where the remains were found was once one of the largest of Canada’s institutions to separate kids from their parents. 51 deaths from 1914 to 1963 have been confirmed so far but a more thorough report is expected to come out next month, in June.