"Thank you. F*ck Clarence Thomas!" Lightfoot said on stage at a Chicago Pride event on Saturday. 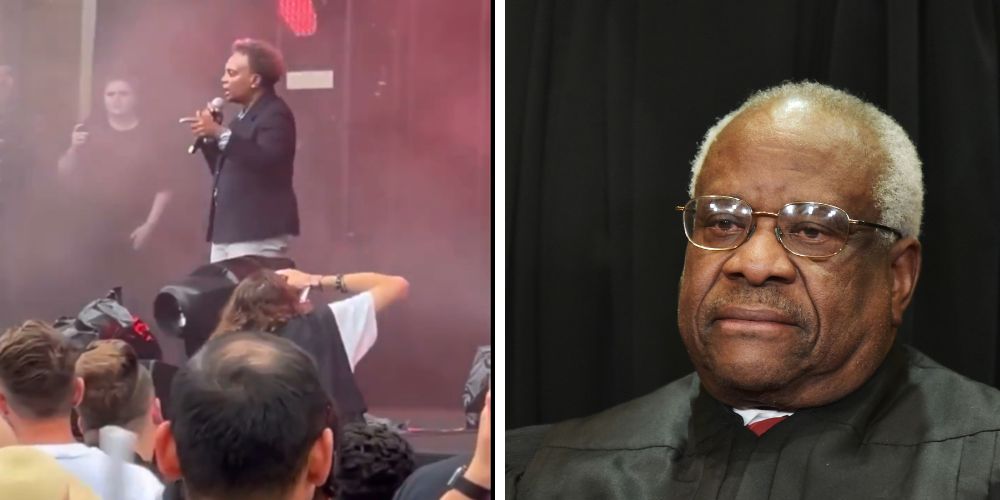 "So we know what happened in the Supreme Court yesterday," she said. "If you read Clarence Thomas' concurrence, he said—" then she stopped and took up an exchange with someone in the crowd, before seeming to agree with him. "Thank you. F*ck Clarence Thomas!"

The crowd roared their approval of the denigration of US Supreme Court Justice Thomas before Lightfoot continued, "He thinks we’re going to stand idly by while they take away our rights."

In May, after a draft opinion of a Supreme Court decision overturning Roe v. Wade was leaked to the media, Lightfoot issued a "call to arms" against the US Supreme Court.

The Chicago mayor tweeted, "To my friends in the LGBTQ+ community — the Supreme Court is coming for us next. This moment has to be a call to arms."

"We will not surrender our rights without a fight— a fight to victory!"

Lightfoot was slammed by critics for seemingly calling for violence against Supreme Court justices.