The lawsuit accuses Spears and Haddish of the intentional infliction of emotional distress, gross negligence, sexual battery, sexual harassment, and sexual abuse of a minor. 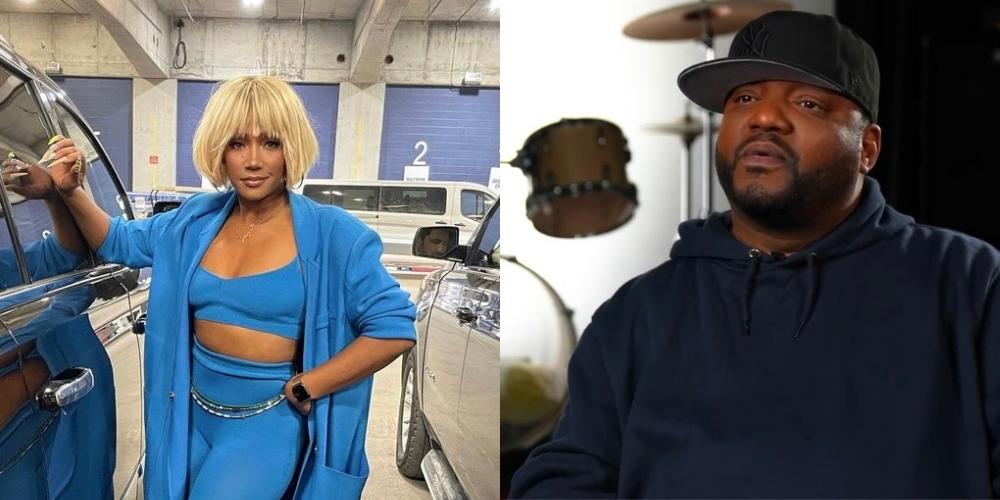 Comedians Tiffany Haddish and Aries Spears are denying child sexual abuse claims made in a lawsuit filed in Los Angeles on Tuesday, brought forth by an anonymous woman claiming that she and her brother were coerced into filming sexually inappropriate skits with the pair while they were minors.

The plaintiff, known as Jane Doe, 22, and her brother, "John," 14, were allegedly once close with Haddish, as their mother was friends with her through the comedy scene. However, Jane claims that the woman they once called "Auntie Tiff" severely traumatized her and John by having them mimic sexual acts on camera and uploading the disturbing footage to the internet.

The claims of abuse began when Jane was 14 and John was only 7, after years of Haddish being considered to be a good family friend.

"We were both going through a divorce," the anonymous mother of the two alleged victims told the Daily Beast. "Messy, messy, messy, messy divorces… We just got really, really super, super close."

According to the lawsuit, Haddish called on "every birthday and every Christmas." The woman also noted that Haddish regularly checked in with the family, no matter if she was on a movie set or traveling overseas.

The lawsuit states that in 2013, Jane attended a comedy camp where Haddish appeared as a guest speaker. It was around that time that Haddish allegedly told the child that she'd found "a perfect role for her," – a commercial of which neither Jane nor her mother knew any basic details about. According to the lawsuit, only Haddish and Spears, who was co-producing the video, knew the plot.

The clip Spears and Haddish allegedly had Jane watch in the recording booth before filming seemed innocent enough at first, but the video of two girls arguing over a sub sandwich became sexually suggestive.

The complaint claims that Spears told Jane "to mimic what she had seen on the screen, including the noises precisely like what she heard throughout the video." The 14-year-old said she felt "nervous and disgusted."

The lawsuit claims Spears directed the teen while she was "physically, emotionally, and mentally uncomfortable."

According to Jane, she kept this uncomfortable situation a secret and didn't confide in anyone until about a year later, when her brother allegedly went through something similar with the two comedians. The lawsuit claims that the next year, Haddish approached the family about another potential acting opportunity – this time for John.  Although the comedian allegedly told the family John would be filming a sizzle reel for Nickelodeon, the suit alleges the 7-year-old wound up starring in a disturbing video posted on the comedic video platform, Funny or Die, and other websites, titled "Through a Pedophile’s Eyes."

Jane claims that she accompanied her brother to the shoot, which was allegedly in Spears' home, but was separated from him and was told to wait downstairs on the couch while John acted upstairs. According to Jane, Haddish's behavior was drastically different from how she acted around the children when their mother was present.

"It was like a whole 180 almost," she said. "Tiffany had never been mean to me – never raised her voice to me – until this point."

While the video was removed from Funny Or Die in 2018, recordings still floating around on the internet show a skit where Haddish plays John's guardian who leaves him in the care of Spears, who plays the pedophile.

By the time the video ends, the child is peering at Spears through the newspaper and rubbing baby oil on his shirtless shoulder. The final line of on-screen text reads: "WATCH WHO YOU LEAVE YOUR KIDS WITH!"

The lawsuit states that once filming ended, "Mr. Doe called his mother crying, saying he did not want to film anymore."

When her brother returned downstairs, Jane said he was "red in the face, crying his eyes out, just bawling out in tears. And I'm immediately scared, because I don’t know what happened to him."

"When that happened, the only thing I could feel was how I felt in my video with Tiffany," she added. "I didn’t know at the time if anything happened with him like [what had] happened to me, but I just felt like something wasn't right with that moment."

The siblings' mother was alarmed and upset when she received the call from her crying son, and the explanation she allegedly received from Haddish did little to reassure her.

"She said something to the effect of, 'I don’t think acting is for him,'" the mother recalled. "And I'm like... What the F you mean, acting isn't for him? My son is crying. Like, what is going on?"

The lawsuit alleges that while the mother spent the next week asking Spears to see the footage of her son, she was told that it hadn't been edited yet, and then told that John was so uncooperative that the footage was deleted.

Four years later, Bossip published an article about Spears that described the contents of the video, which was the first time that John's mother became aware of what was actually filmed, she claimed.

"All the trauma, all the memories, all the anxiety and depression and guilt and shame and fear – I feel like all of those emotions were triggered when this video situation came to a head," she said. "To find out that she had violated such a sacred trust – I trusted her with my children – that is what pushed me over the edge."

According to the lawsuit, both siblings have suffered lasting effects from the alleged trauma they endured.

"I don’t date guys. I don’t have sex. I’m not your regular 22-year-old who is partying, having fun and hooking up and stuff," Jane said, describing her introverted life. Her little brother, meanwhile, allegedly places Band-Aids over the cameras on all of his electronics due to an ongoing fear of being watched and recorded.

"I don’t got no friends,"John, now 14, wrote. "I don’t trust nobody, I'm scared of adults, I refuse to be recorded or take pictures because I am scared of weird-ass adults trying to do nasty stuff to me again. I spend all of my time in my room and do not go anywhere because I don’t trust anybody."

"I had to kick and scream and cry, and Tiffany came and told me to let him touch me," the teen added. "When I kept crying, Tiffany got mad at me, told me to get dressed, and took me home. I remember her yelling at me in the car, telling me that I would never get on tv acting like that."

The lawsuit accuses Spears and Haddish of the intentional infliction of emotional distress, gross negligence, sexual battery, sexual harassment, and sexual abuse of a minor. Haddish is further accused of negligent supervision/failure to warn, breach of fiduciary duty, and constructive fraud. The lawsuit seeks general and special damages, as well as "any appropriate statutory damages."

The plaintiff’s mother "has been trying to assert these bogus claims against Ms. Haddish for several years," the actress' lawyer, Andrew Brettler, who also represented the United Kingdom's Prince Andrew in his civil sexual assault case, said in a statement to Fox News. "Every attorney who has initially taken on her case – and there were several – ultimately dropped the matter once it became clear that the claims were meritless and Ms. Haddish would not be shaken down. Now, [the woman] has her adult daughter representing herself in this lawsuit. The two of them will together face the consequences of pursuing this frivolous action."

Spears' attorney told the New York Post:  "He isn’t going to fall for any shakedown."