Brett Blomme has been arrested on seven counts of child pornography. Blomme's current judicial assignment is on the bench of the Milwaukee County Children's Court. 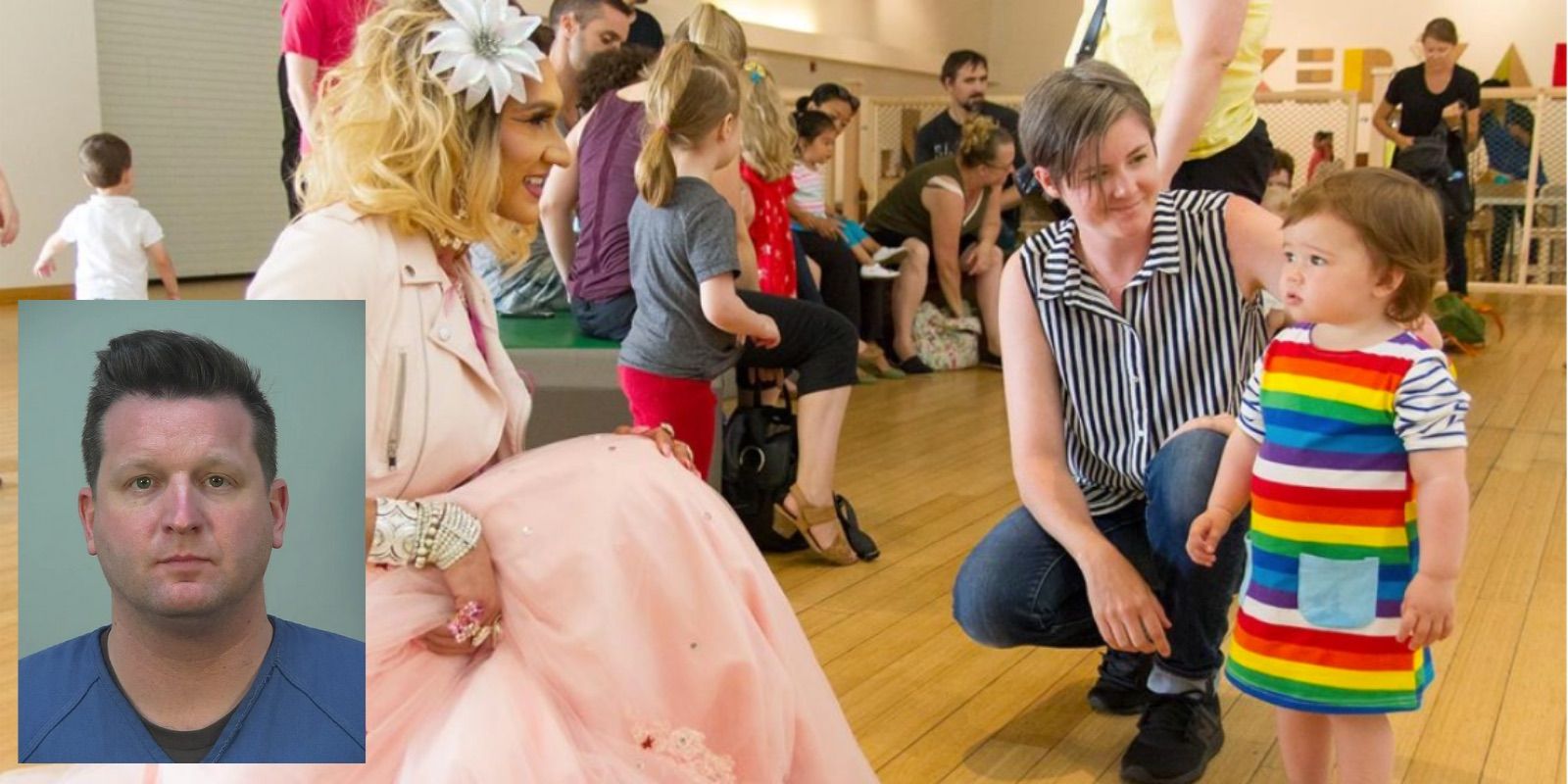 Brett Blomme, Circuit Court Judge at Milwaukee County and former president and CEO of a foundation that promoted Drag Queen Story Hour, has been arrested on counts of child pornography. Blomme's current judicial assignment is on the bench of the Milwaukee County Children's Court.

The Milwaukee Journal Sentinel reported that on Tuesday, "Blomme, 38, was taken into custody by special agents with the state Division of Criminal Investigation 'following an investigation into multiple uploads of child pornography through a Kik messaging application account in October and November 2020.'"

A DCI special agent filed a 44-page search warrant on Friday that said Blomme has been posting under the username "dommasterbb," which he used to upload 27 videos and images of child sex abuse intended for sexual gratification.

Prior to his election as Circuit Court Judge, Blomme was the President and CEO of the Cream City Foundation, which serves as fiscal sponsor for Drag Queen Story Hour for children in Milwaukee area libraries.

This according to his LinkedIn profile, "Brett Blomme is the President & CEO of Cream City Foundation. He has nearly 15 years of experience in philanthropy, community organizing, law and nonprofit management. Before joining CCF, Brett served as the Director of Major Gifts for the AIDS Resource Center of Wisconsin (ARCW)."

Cream City Foundation says Drag Queen Story Hour is "just what it sounds like–drag queens reading stories to children in libraries, schools, and bookstores. DQSH captures the imagination and play of the gender fluidity of childhood and gives kids glamorous, positive, and unabashedly queer role models. In spaces like this, kids are able to see people who defy rigid gender restrictions and imagine a world where people can present as they wish, where dress up is real."

Cream City says that the mission is a "A fun and entertaining way to educate all ages about progressive social justice & human growth and development issues through literature and reading."

These events, under Blomme's tenure, are described as providing "safer spaces for children to express themselves, Intersectional reading list that covers a range of topics, Educating families, together, and as individuals, and are "family friendly FUN!"

The search warrant, signed off by a judge on Monday, resulted in finding that two of these files were actually uploaded from a Milwaukee County government building. The warrant allowed for a search both of Blomme's home and his courtroom, chambers, and secondary homes in both Milwaukee and Dane counties, as well as his car, a 2017 Audi.

Milwaukee County Chief Judge Mary Triggiano would not discuss the case further than to say "Due to the ongoing investigation and pending case, I am unable to comment."

"The couple has two adopted children," the Milwaukee Journal Sentinel reports. "Court records do not suggest they are part of any of the illegal images. Child Protective Services is involved with their current placement, defense attorney Christopher Van Wagner said during the court hearing."

"Blomme was held overnight and released with a signature," Gateway Pundit reports. "He has been ordered to stay off social media and file-sharing services and is not allowed near any children except the two that he adopted with his husband."